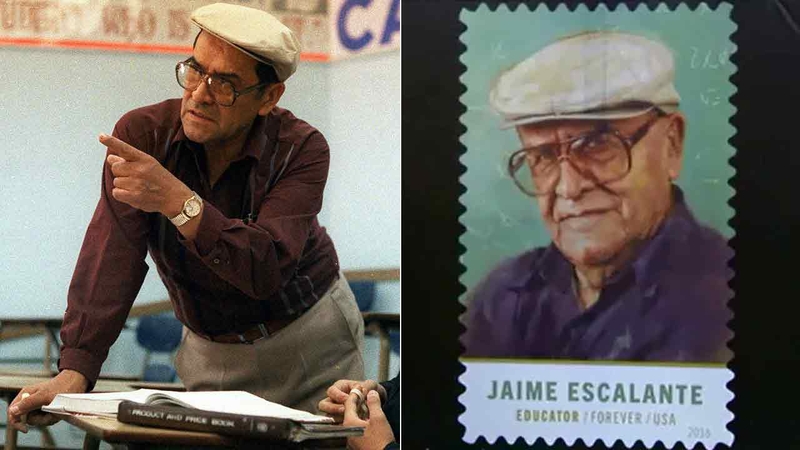 Escalante, who taught math at Garfield High School, was made famous by the movie, "Stand and Deliver."

The film was inspired by events in 1982, when 18 of Escalante's students passed the Advanced Placement calculus test. The College Board, which runs the AP program, accused 14 students of cheating.

Escalante suspected the cheating accusation stemmed from the fact that his students were Latinos from a low-income area. The College Board denied the allegation and proposed having the 14 students retake the test.

Twelve of the 14 agreed to take another exam, and all passed.

The stamp was issued by the U.S. Postal Service during the League of United Latin American Citizens Convention in Washington, D.C.

The stamp depicts Escalante in his signature flat cap, looking forward and standing in front of a chalkboard on which calculus symbols are visible.

The illustration is based on a photograph taken by Escalante's son Jaime II in the classroom at Hiram Johnson High School in Sacramento where the elder Escalante taught.

Olmos received a best actor Oscar nomination for his portrayal of Escalante in "Stand and Deliver."