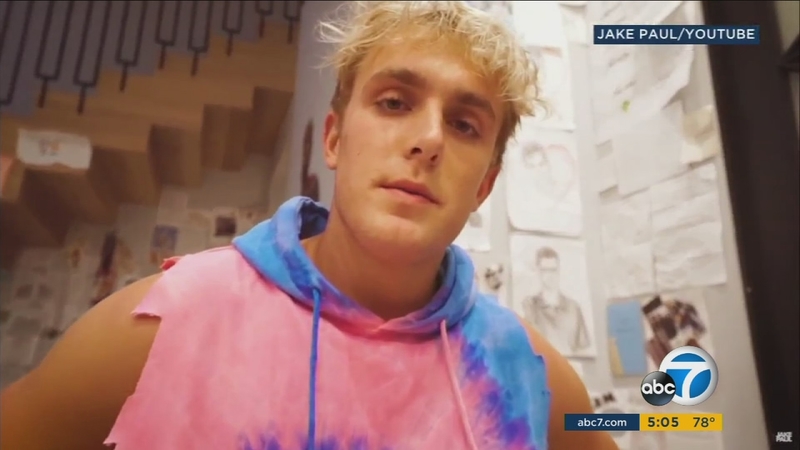 Paul, who starred in Disney's show "Bizaardvark," said he, his team and the channel came to the agreement that he should move on from the show.

The announcement comes after residents in a Beverly Grove neighborhood complained about problems Paul has caused.

Love you all! Thanks for the support❤️

Can't wait to continue to grow and conquer🙌🏼

Los Angeles police said they have received dozens of complaints from 50 to 60 people in the area.

The 20-year-old is popular on YouTube and his antics at his home have gotten him into hot water with neighbors and police. His pranks include setting furniture on fire, driving a Harley-Davidson motorcycle into his pool and giving out his address.

Because his address was made public, droves of fans go to the home at all hours of the day and night, according to complaints. The LAPD said officers routinely report to the home regarding various calls, and Paul has been cited several times.

One of the biggest challenges residents said they face is the numerous fans take up parking spots, crowded sidewalks and other potential problems.

Neighbors also said they've had graffiti on their homes, there's mounds of trash in the area and their neighborhood has become a "war zone." They also said Paul doesn't care because his antics and the subsequent coverage mean more fans for him.

Next week, residents are meeting with city and LAPD officials to discuss filing a class-action public nuisance lawsuit against Paul.

Disney Channel also issued the following statement in regards to Paul's departure from the show: