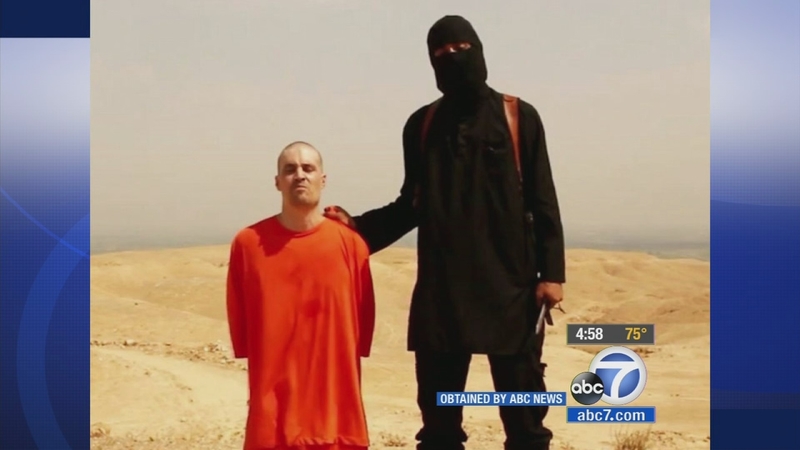 In the intensely graphic video, Foley is seen kneeling, dressed in orange. His apparent executioner is beside him, holding a knife in his hand.

Foley is forced to make a statement saying he wishes he wasn't American. Then his executioner addresses President Obama in English. He says this killing is payback for the recent killings of Muslims in the recent American bombings in Iraq. Afterwards, he beheads Foley.

Foley had been captured in 2011 covering the conflict in Libya. At that time, he was detained for six weeks and released. He returned to reporting and then went missing in Syria in 2012. He was covering the brutality of the Syrian regime as a reporter for the Global Post.

The Obama administration hasn't spoken about the Foley incident on camera yet. But earlier, the State Department discussed the administration's long-term strategy against ISIS.

"Long-term, there's no U.S. military solution here. The solution is building partners on the ground, which is what we're doing, and helping them in certain ways that we can," said State Department Spokesperson Marie Harf.

The video of Foley ends with images of American Steven Sotloff. He's an American journalist who has written for Time magazine in the past.

The man dressed in black says to President Obama, "The life of this American citizen depends on your next decision."

Foley's mother posted the following message to her family's Facebook page Tuesday night: "We have never been prouder of our son Jim. He gave his life trying to expose the world to the suffering of the Syrian people. We implore the kidnappers to spare the lives of the remaining hostages. Like Jim, they are innocents. They have no control over American government policy in Iraq, Syria or anywhere in the world. We thank Jim for all the joy he gave us. He was an extraordinary son, brother, journalist and person. Please respect our privacy in the days ahead as we mourn and cherish Jim."

"Journalists on the front lines are true heroes, and James' work, like that of Daniel Pearl before him, will inspire others to carry on in spite of the dangers," said Schiff.

Meantime, there are renewed concerns about American journalist Austin Tice, who was captured in Syria more than two years ago. His family held a vigil in Houston, Texas, Monday night to pray for his safe return and for the safety of others who are being held captive.