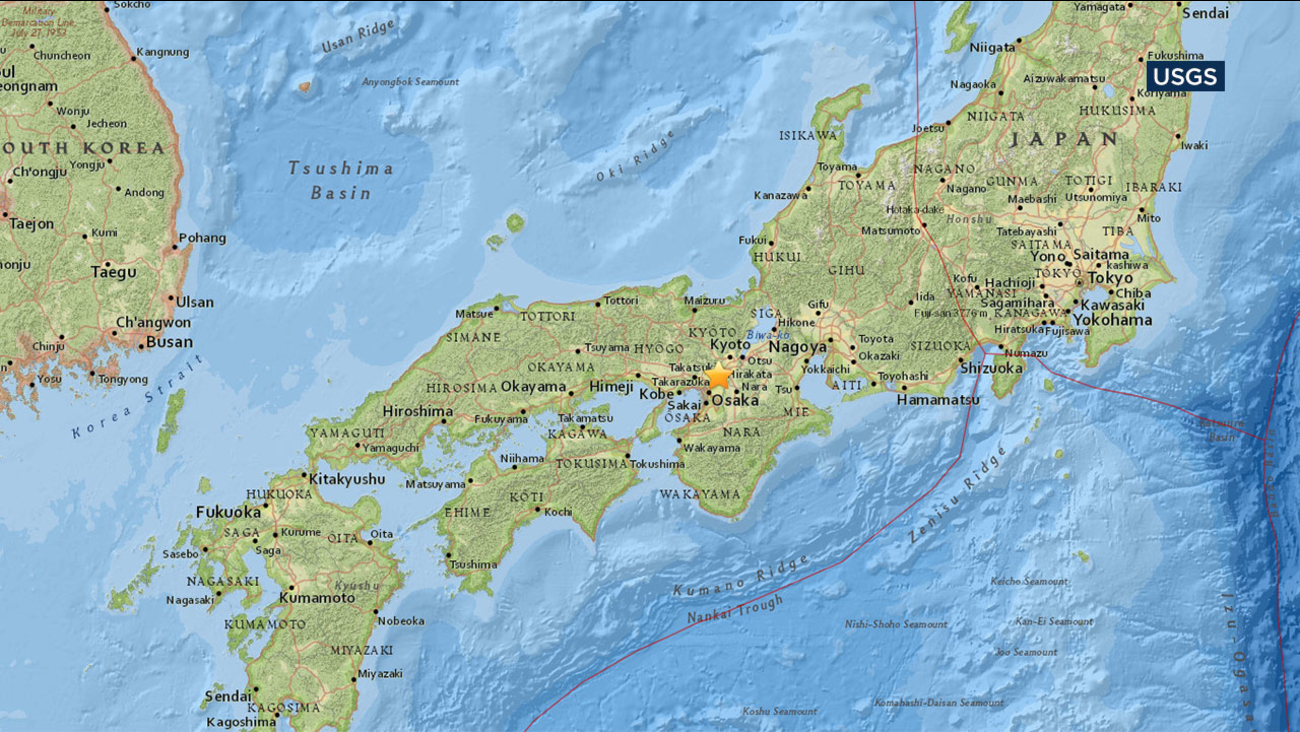 TOKYO -- A strong earthquake knocked over walls and set off scattered fires around metropolitan Osaka in western Japan on Monday morning, killing at least three people and injuring dozens.

The Osaka prefectural government's disaster management department said two people were found dead, while the Ibaraki city official confirmed a third victim. The Fire and Disaster Management Agency said more than 40 were injured in Osaka and nearby prefectures of Hyogo and Kyoto.

One victim was a 9-year-old girl who was knocked down by a concrete wall at her elementary school as she walked by. A man in his 80s died in the collapse of a concrete wall in Osaka city. An 84-year-old man in nearby Ibaraki died after a bookshelf fell on top of him at home, according to city officials.

The magnitude 6.1 earthquake struck shortly after 8 a.m. north of Osaka at a depth of about 13 kilometers (8 miles), the Japan Meteorological Agency said. The strongest shaking was north of Osaka, but the quake rattled large parts of western Japan, including Kyoto, the agency said.