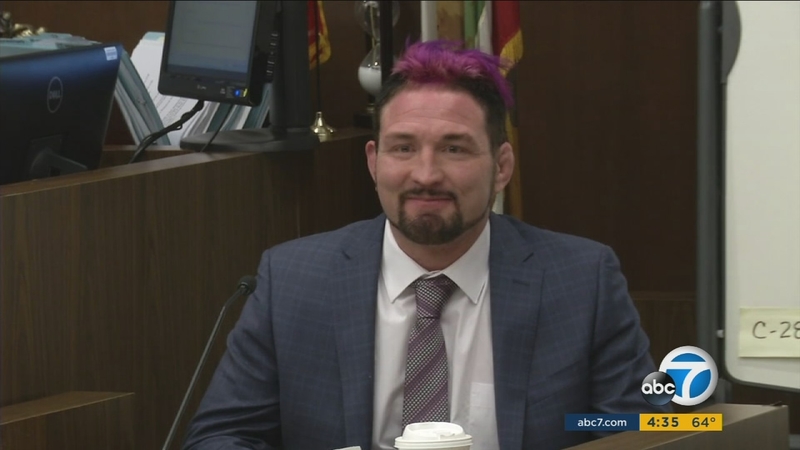 After deliberating for less than two hours, an Orange County jury acquitted Miller of two felony counts of domestic battery with corporal injury and a misdemeanor charge of violating a protection order.

"I feel tremendous," Miller said outside the courtroom. "Justice was served. The system worked, kind of slowly, but it worked."

The charges stem from alleged domestic violence incidents involving his girlfriend, Anna Stabile. Miller, 36, testified in court that he trained Stabile, who he said attacked him on several occasions.

"She chased me out the back door, ripped off my shirt and jumped on my back and choked me," Miller testified.

"The D.A. side didn't have enough evidence that pointed in Mr. Miller's direction," said juror Kevin Faudoa. "It seemed like it was all hearsay as opposed to actual fact."

Miller has several other cases pending including alleged assault on a peace officer and vandalism. His attorney, Cameron Talley, says this case was the most important because of the impact it had on Miller.

"This young man paid a big price for three and a half years, and it feels absolutely great that his name is finally cleared," Talley said.

"I feel like the world's opened up to me now. I feel like things are finally cleared up for Mayhem," Miller said, adding that he'll celebrate by going to the gym.

When asked how his legal fight compared to his real fights, he responded, "I'd rather stay in the cage than the courtroom."

Miller's attorney says his four or five others cases will be in court next month.