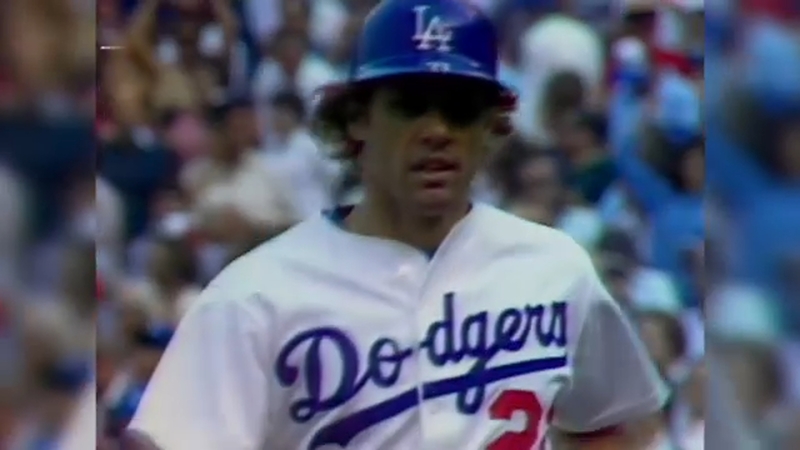 LOS ANGELES (CNS) -- Former Los Angeles Dodgers outfielder Jay Johnstone, a fan favorite and noted prankster who hit a key home run that helped the Dodgers win the 1981 World Series against the New York Yankees, has died of COVID-19 complications at the age of 74.

Johnstone, who grew up in West Covina and attended Edgewood High School, also won a World Series with the Yankees in 1978.

Legendary Dodgers broadcaster Vin Scully chatted with Rob Fukuzaki about everything from this year's Dodgers team, to social justice and the pandemic, to why he's joining Instagram.

His pinch-hit homer in Game 4 of the 1981 World Series fueled a raucous 8-7 victory for L.A. at Dodger Stadium, as the team came back from a two games to none deficit to vanquish the Yankees in six games.

He was also a notorious prankster who loved getting the goat of former Dodgers manager Tommy Lasorda, once sneaking into the manager's office and replacing Lasorda's beloved celebrity photos with pictures of himself and fellow players Jerry Reuss and Don Stanhouse.

Johnstone played in 1,748 regular season games in his career, finishing with a .267 batting average and 102 home runs.

"The Dodgers are saddened by the passing of former Dodger Jay Johnstone and offer their deepest condolences to his family and friends,'' the team tweeted Monday afternoon.

What started as an April Fool's Day prank has turned into a lucrative business for two teen brothers from Monrovia: Spray-painting the logos of SoCal sports teams onto front lawns.