Brunel was being held in an investigation into the rape of minors and trafficking of minors for sexual exploitation.
ABCNews
By Ali Dukakis and Aicha El Hammar Castano 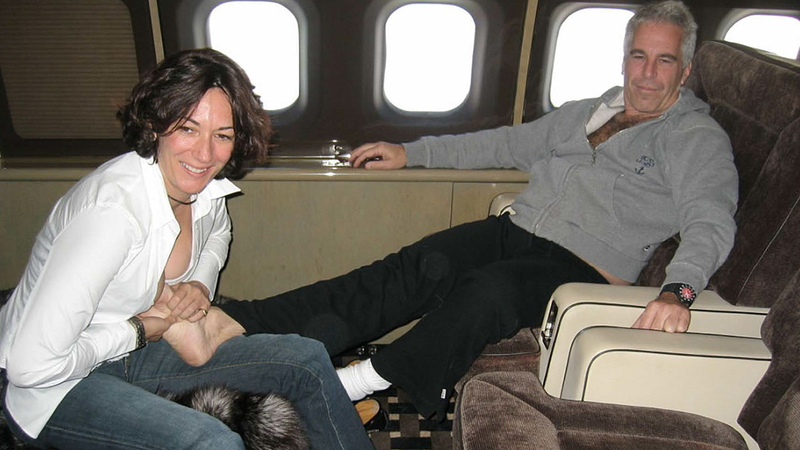 The Paris prosecutor's office confirmed to ABC News that Brunel was found dead in his prison cell around 1:00 a.m. local time at La Sante Prison.

The prosecutor's office declined to confirm those details of Brunel's death.

In December 2020, Brunel was charged with rape of minors over the age of 15 and sexual harassment -- a crime in France.

A tentative settlement reached in a sex abuse lawsuit against Prince Andrew.

In a statement on their client's death which was in French and sent to and translated by ABC News, Brunel's lawyers said: "[Brunel's] distress (despair) was the one of a 75-year-old man who was destroyed by the judicial-media lynching and we should question it. Our client firmly asserted he never abused any women. He made multiple efforts to prove it."

"His decision was not led by a feeling of guilt but by a deep feeling of injustice," Brunel's attorneys Mathias Chichportich, Marianne Abgrall and Christophe Ingrain added.

Saoudi said the prison's procedure are that prison guard conduct five check on prisoners every night. Saoudi said while there was no closed-circuit TV inside Brunel's cell -- video in prison corridors proves that prison guards did not miss any of these checks.

Annie Farmer -- one of four accusers who testified against Jeffrey Epstein associate Ghislaine Maxwell in her sex trafficking trial -- reacts to Maxwell's conviction.

Saoudi said Brunel died by suicide just after the guard round [of checks] "which shows the strong will of Jean-Luc Brunel to kill himself." Saoudi added that Brunel was not on suicide watch.

In January 2021, Virginia Giuffre flew to Paris to provide testimony at a closed-door hearing on Brunel's detention.

Giuffre, in the same court filing in 2014 in which she first accused Prince Andrew of sexually assaulting her, claimed to have been trafficked by Epstein and his girlfriend Ghislaine Maxwell to Brunel.

"The suicide of Jean Luc Brunel, who abused me and countless girls and young women, ends another chapter. I am disappointed that I was not able to face him in a final trial and hold him accountable for his actions, but gratified that I was able to face him in person last year in Paris, to keep him in prison," Virginia Giuffre said in a statement issued though her lawyer, Sigrid McCawley.

If you are struggling with thoughts of suicide or worried about a friend or loved one, help is available. Call the National Suicide Prevention Lifeline at 1-800-273-8255 [TALK] for free, confidential emotional support 24 hours a day, 7 days a week. You can also reach the Trevor Project at 1-866-488-7386 or the Crisis Text Line by texting "START" to 741741.