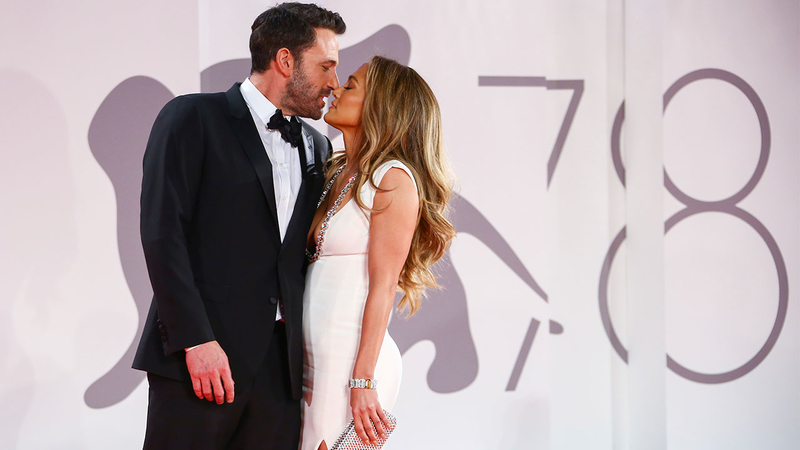 NEW YORK -- After weeks of smooching on yachts and holding hands on intimate walks, Jennifer Lopez and old flame turned new again Ben Affleck made it official Friday night on the red carpet for the premiere of Affleck's "The Last Duel" at the Venice International Film Festival.

She was dripping in Cartier diamonds in a white mermaid body hugging gown with plunging neckline and high side slit by Georges Hobeika. He was dapper in a black tuxedo. There were plenty of kisses and hugs for the cameras after a summer of love for the two, who rekindled their romance in May, 17 years after they broke up in 2004.

They were spotted out and about in Venice before their formal coming out. At the premiere, Affleck waved to the crowd as he helped Lopez out of a black car and onto the red carpet.

BENNIFER👏 IS👏 BACK👏 #BenAffleck & #JLo hit the red carpet together for the first time in 18 years! 😍✨ They made their debut for @TheLastDuelFilm during the 78th Venice International Film Festival. #TheLastDuel (📸 Pascal Le Segretain, Stephane Cardinale/Getty Images) pic.twitter.com/P51BI3Il2H

For weeks the two haven't been shy about PDA after coming back together not long after Lopez's coming apart with Alex Rodriguez.

Throughout the summer, they were photographed on a yacht off Saint-Tropez, cuddling on a walk in the Hamptons and nuzzling over sushi in Malibu. 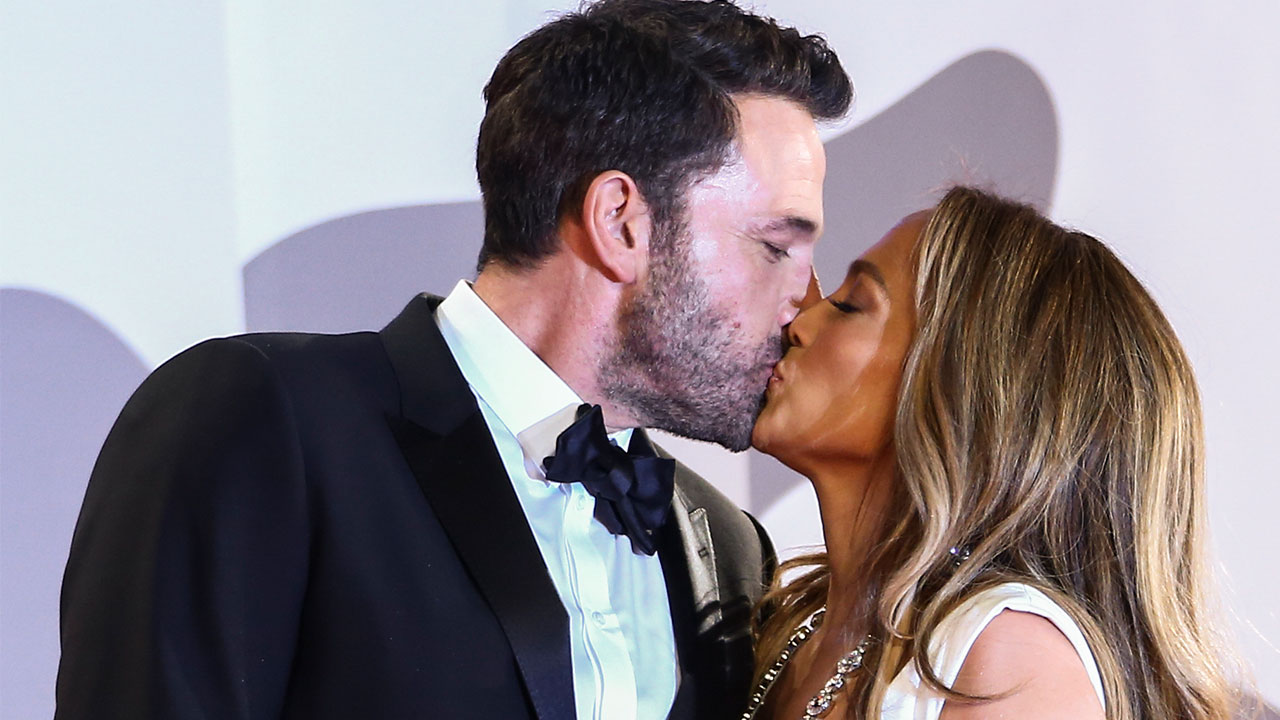 Jennifer Lopez and Ben Affleck kiss upon arrival at the premiere of 'The Last Duel' during the 78th edition of the Venice Film Festival in Venice, Italy, Friday, Sept. 10, 2021.

Jennifer Lopez and Alex Rodriguez say they are better off as friends. The stars announced on Thursday that they are officially ending their two-year engagement.