'Jeopardy! The Greatest of All Time:' Who won game 2? 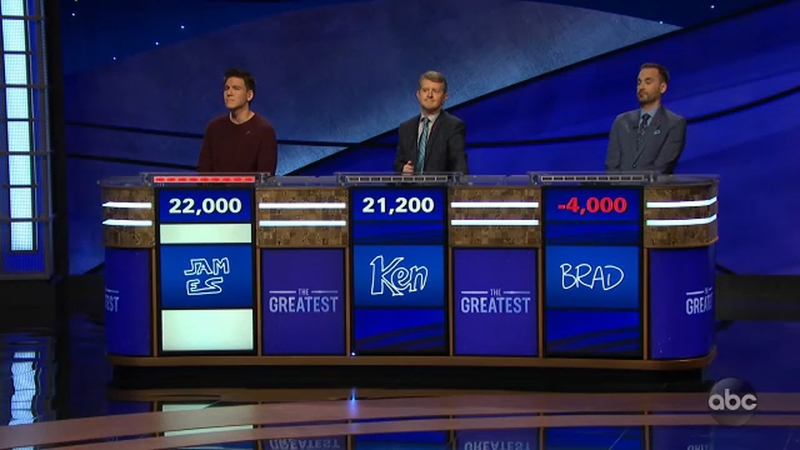 'Jeopardy! The Greatest of All Time:' Who won game 2?

"Jeopardy James" Holzhauer is giving his fellow champs a run for their money after winning round 2 of "Jeopardy! Greatest of All Time."

He bested Ken Jennings and Brad Rutter Wednesday night in the epic competition that kicked off Tuesday.

Jennings won the first match of the tournament, but so far Rutter has been left in the dust -- but he could still make a comeback.

The first champion to win three matches earns the "G.O.A.T." title and wins the $1 million prize.