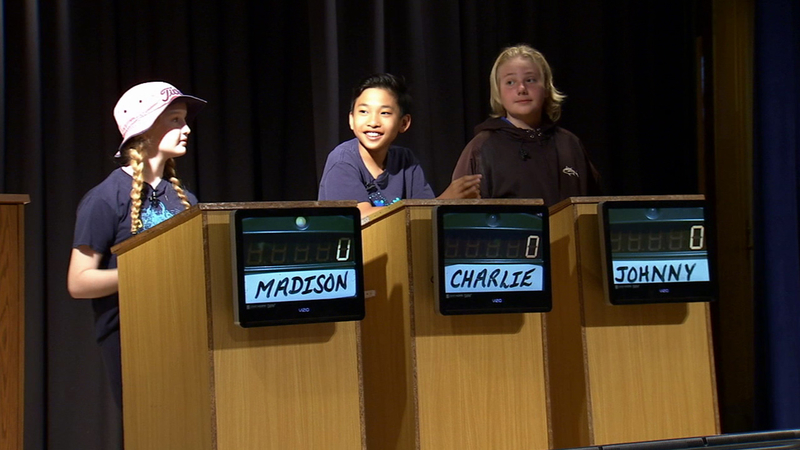 "The Renaissance for $400," seventh grader Kuoch said, calling out the category in the Long Beach school's annual "Jeopardy" tournament.

The tournament began 14 years ago and has now expanded into nine other schools and boosted its production value thanks to sponsors.

"It was primitive back then, because we used PowerPoint and all kinds of things to play games, but it's become more sophisticated," said Jim Birge, who started the game when his wife began teaching at Cubberley.

"Every time we do this, every time the curtain opens, I just think it's one of the most fun things for kids and educational," Birge said.

The students begin with a 40-question test. The top 18 in each grade then move on to a three-tier "Jeopardy" contest with the final three in each grade taking the stage.

"I played two other games... so I beat four opponents then I got here," seventh grade student Johnny Maguire said.

All the questions come from each grade's curriculum for the year. Some teacher-approved tidbits are also thrown in for fun.

For the students, it's a great way to review.