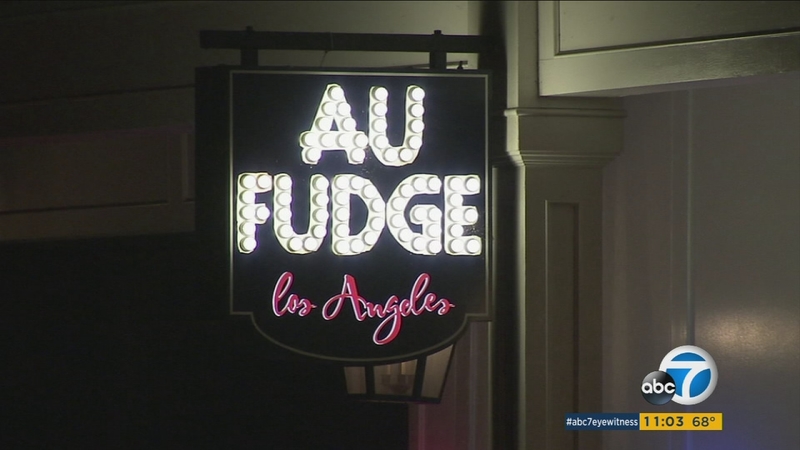 WEST HOLLYWOOD, Calif. (KABC) -- Actress and restaurateur Jessica Biel is under fire, along with the co-owners of her West Hollywood restaurant Au Fudge.

Nine former and current employees are suing the restaurant owners, accusing them of fraud and civil theft.

The 74-page civil complaint claims Biel and five other owners of Au Fudge underpaid and overworked the former employees.

Often bustling with celebrities and their children, Biel's restaurant Au Fudge is a hot spot. But some former employees of the celebrity-owned eatery said their experience in the workplace was anything but pleasant.

"Working for Jessica Biel was obviously a dream and who wouldn't trust Jessica Biel? And so everything that just went on was really frustrating," plaintiff Jacqueline Desage said.

The four former employees said they were promised $12 an hour plus tips. The complaint claims the restaurant owners kept almost $500,000 in gratuity meant for the wait staff.

"For a entire 18 months, we were all working tirelessly and taking home a salary that was frankly ridiculous based on the work that we were doing," plaintiff Conor Gleason said. "We were able to take the contracts from the buy outs and go over the numbers and we did find great discrepancies between what was supposed to go to the staff and what we actually got."

The complaint lists the gratuity charges for private parties, such as an Amazon event in May. Gratuity for that event was almost $15,000. The former employees said they didn't see a dime of that tip.

They also said they weren't given required breaks or lunches, and often worked overtime without proper compensation.

"I think the more we discussed it, the more we realized this is a bigger problem. Like I've had people come up to me and say this has happened at other restaurants," plaintiff Jack Stagg said.


"The company does not comment on pending litigation, and looks forward to defending itself in court."
The four former employees said they didn't want to take legal action, but felt compelled after several meetings with the owners.

"We gave them time, we gave them months, they all knew. They decided not to rectify the situation," Stagg said.