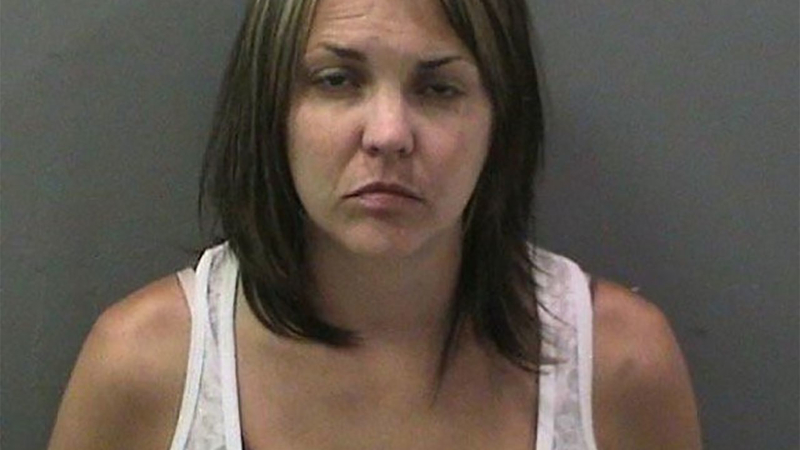 SANTA ANA, Calif. (KABC) -- A jury has found a woman guilty of second-degree murder and gross vehicular manslaughter for driving drunk and killing a 6-year-old girl who was walking with her mother and sister to a Norm's restaurant in Santa Ana for breakfast.

Osmara Meza was crossing a street in a marked crosswalk near 17th and Spurgeon streets when she was struck and killed. Her mother Eloisa Meza and 7-year-old sister Grisea Meza were injured.

Authorities said Jessicah Louise Cowan's blood alcohol level was at least .24, which is three times the legal limit. Officials said she ran at least two red lights and was also speeding at the time of the crash on June 23, 2012.

Prosecutors said Cowan, now 37, had just flown in from Oakland to Burbank. A Southwest Airlines receipt showed she purchased two drinks during the flight.

After leaving Bob Hope Airport in her silver Lexus, receipts showed Cowan stopped at two liquor stores on her way to Temecula. Prosecutors said she bought two small bottles of vodka at one location.

A witness, David McKinney, testified he was stopped at a red light at an intersection right before the crash location. McKinney said a silver Lexus stopped next to him, then suddenly drove through the red light, hit the center median before continuing down the street.

The Meza family is seen in this undated file photo.

Prosecutors said Cowan also ran the next red light, right before slamming into the Meza family. Osmara Meza was pronounced dead at the scene.

"Eloisa was in a coma, severely injured, on a breathing machine," said Birney.

Prosecutors said Cowan tried to flee the scene, but was stopped by a Good Samaritan.

Police said they found two mini-vodka bottles, a marijuana container with the words "Green Crack" on it, and a pipe in Cowan's car.

"She is wracked with grief over what happened. She has two children herself, and her emotion is coming, not just from her sense of losses to her own children, but to the horrific agony she caused the victim's family," her defense attorney, Dennis O'Connell, said.

O'Connell says the murder charge is not fair for a first-time offender.

"She's a severe alcoholic who has a disease. I don't think we should put those people in the same category as a murderer," he said.

Eloisa Meza says it's sad Cowan will go to prison for life because she too has a family, but at the same time she should have known not to drink and drive.

Cowan faces up to 15 years to life in prison. She's expected to be sentenced on June 10.