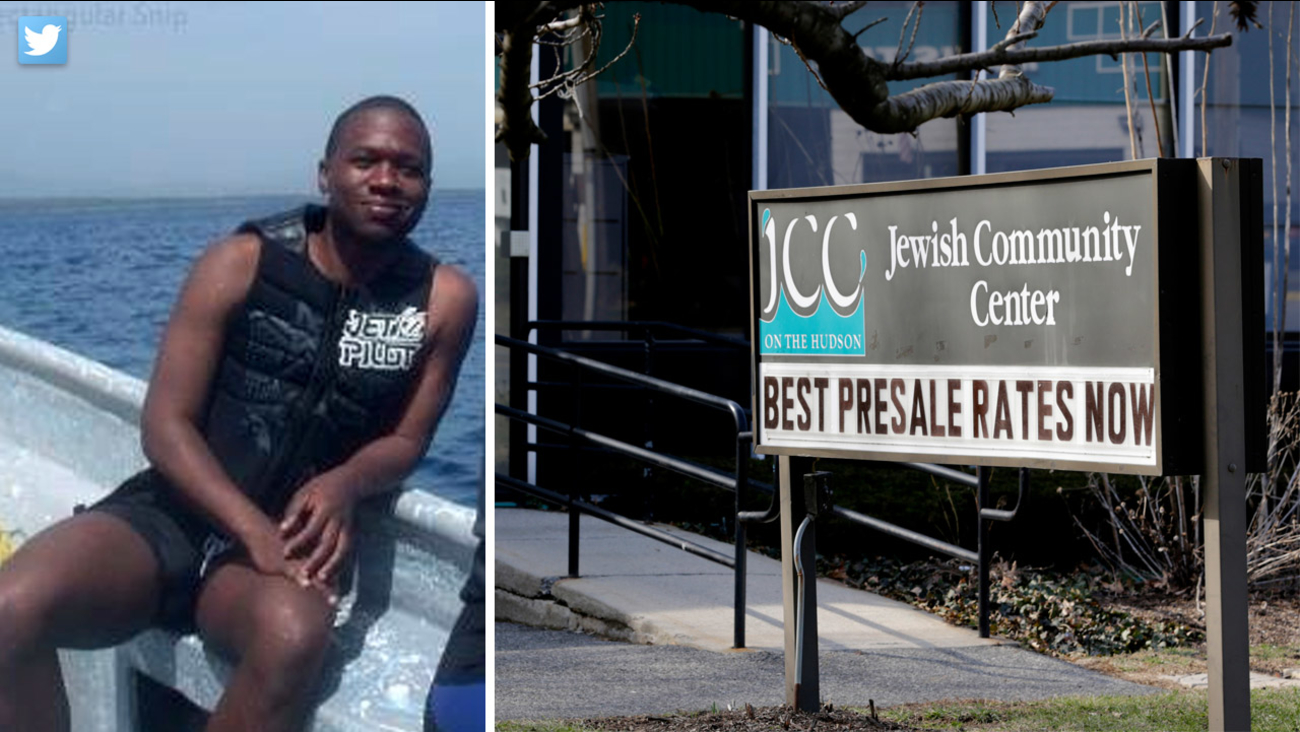 ST. LOUIS (KABC) -- A 31-year-old man in St. Louis, Missouri, has been arrested in connection with at least eight of the scores of threats against Jewish Community Centers nationwide.

Federal prosecutors accuse Juan Thompson of conducting a "campaign to harass and intimidate." He's charged in New York with cyberstalking a woman by communicating threats to JCCs in the woman's name.

Thompson is charged in New York with cyberstalking a woman by making threats against JCCs in the woman's name, authorities said.

Prosecutors said Thompson appears to have made at least eight of the threats lodged against JCCs as part of his "campaign to harass and intimidate" the woman after their romantic relationship ended.

According to a federal complaint, Thompson dated the woman until last summer, when they broke up. The following day, her boss received an email purporting to be from a national news organization saying that she'd been pulled over for drunken driving.

The harassment got worse from there, federal officials said. The Anti-Defamation League received an email on Feb. 21 that said she was behind the bomb threats to JCCs and there'd be more the next day. On Feb. 22, it received a phoned-in bomb threat.

Thompson also claimed she was responsible for placing a bomb in a Jewish center in Dallas, and he also emailed a JCC in San Diego saying she wanted to "kill as many Jews asap."

U.S. Attorney’s Office statement on arrest of man in connection with at least 8 threats to Jewish Community Centers: https://t.co/TqZnAb9zGW pic.twitter.com/KveWGPjkpR

Investigators have been working to determine Thompson's role in recent threats against Jewish organizations across the country since January.

However, two law enforcement officials told ABC News that Thompson is not believed to be the main suspect behind the recent rash of bomb threats to JCCs. They said he appears to have tried to take advantage of the news coverage in order to exact revenge on his ex-girlfriend. The investigation continues to determine if he was responsible for more of the threats than those mentioned in court papers.

In addition to the San Diego incident, several other centers in California were also threatened, but it's unclear if authorities think Thompson made those threats.

The eight threats linked to Thompson include:

Thompson was expected to appear in a Missouri court later Friday on charges that include cyberstalking.

The arrest comes as the FBI was growing increasingly worried about the threatening incidents. Agents feared the volume could be lulling people and lead people to start ignoring the threats and stop evacuating facilities.

In New York, police also was worried that evacuations were creating large groups outside that could become targets for shooting or ramming.

"The defendant caused havoc, expending hundreds of hours of police and law enforcement resources to respond and investigate these threats. We will continue to pursue those who peddle fear, making false claims about serious crimes," said New York City Police Commissioner James O'Neill. "I'm grateful for the collaboration between the NYPD detectives, FBI agents, and prosecutors whose cross-country investigation led to this morning's arrest."