Jim Carrey says 'Hollywood is spineless' for giving Will Smith standing ovation: 'I was sickened' 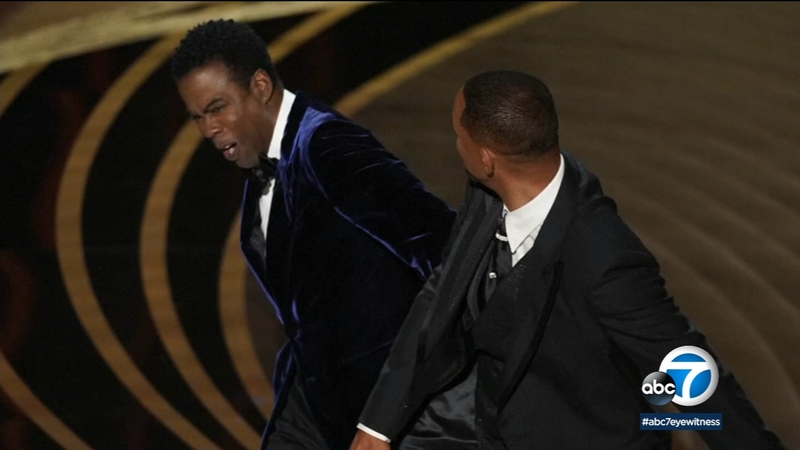 Jim Carrey: 'Hollywood is spineless' for applauding Will Smith

Actor and former standup comedian Jim Carrey on Tuesday eviscerated both Will Smith and the Dolby Theatre audience at 94th Academy Awards for giving the star a standing ovation when he won the best actor award less than an hour after he stormed the stage and slapped comedian Chris Rock.

"I was sickened,'' Carrey said in an interview with CBS' Gayle King. "I was sickened by the standing ovation. Hollywood is just spineless en masse and it really felt like this is a really clear indication that we aren't the cool club anymore.''

"I'd have announced this morning that I was suing Will for $200 million because that video is going to be there forever, it's going to be ubiquitous,'' Carrey continued. "That insult is gonna last a very long time.

"If you want to yell from the audience and show disapproval or say something on Twitter (that's fine)," Carrey said. "But you do not have the right to walk up on stage and smack somebody in the face because they said words.''

The day after slapping Rock and upending the ceremony, Will Smith issued an apology to the comedian, to the academy and to viewers at home, saying he was "out of line" and that his actions are "not indicative of the man I want to be."

Hollywood's iconic Laugh Factory has posted a message on its marquee supporting Chris Rock after he was slapped at the Oscars by Will Smith.

The fallout from Smith's actions continued as Hollywood and the public continued to wrestle with a moment that stunned the Dolby Theatre crowd and viewers at home. The Academy of Motion Pictures Arts and Sciences condemned Smith striking Rock, who had made a joke about his wife, Jada Pinkett Smith, and said it would launch an inquiry.

Later in the day, Smith gave a stronger apology than he did in his best actor acceptance speech, which notably hadn't included an apology to Rock.

After calling a board of governors meeting Monday to discuss the incident, the film academy said that it will review Smith's actions and "will explore further action and consequences in accordance with our bylaws, standards of conduct and California law." The Los Angeles Police Department said Sunday it was aware of the incident but was not pursuing an investigation because the person involved declined to file a police report.

There are new indications actor Will Smith may face consequences for slapping comedian Chris Rock at the Oscars.

Pinkett Smith responded Tuesday with a graphic on Instagram that read: "This is a season of healing and I'm here for it." She offered no further comment.

Smith shocked the Dolby Theatre crowd and viewers at home when he took the stage after Rock, appearing as a presenter, joked: "Jada, I love you. 'G.I. Jane 2,' can't wait to see it."

The joke touched a nerve. Pinkett Smith, whose head is shaved, has spoken publicly about her alopecia diagnosis. Smith strode on stage and slapped Rock across the face. Back in his seat, Smith twice shouted for Rock to "get my wife's name out your (expletive) mouth." His words echoed clearly throughout the Dolby, though broadcaster ABC cut the audio for about 15 seconds. Within an hour, Smith won best actor, receiving a standing ovation. During his five-minute acceptance speech, Smith spoke about defending his family. He also apologized to the academy.

In an interview with the Associated Press, Carrey said: "I see it as a larger issue and as an issue of the boundaries being broken, you know -- boundaries and allowances and permissiveness to certain behaviors.

"The fact is that license is being given to people to act out violently when they don't like what they hear," Carrey said. "And it just shouldn't be."