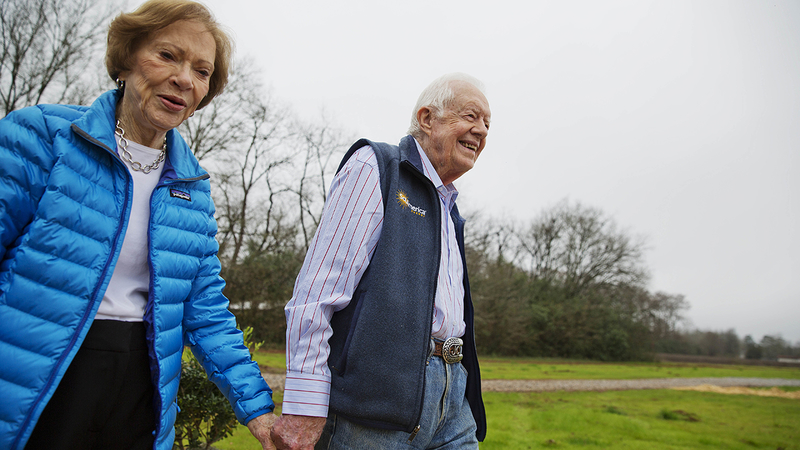 PLAINS, Ga. -- Former President Jimmy Carter had to get stitches but otherwise "feels fine" after falling on Sunday, according to the Carter Center.

In a statement, the center said the fall happened at the former president's home in Plains, Georgia, but did not provide any additional details.

Carter and his wife Rosalynn still plan to make an appearance at Habitat for Humanity's Jimmy and Rosalynn Carter Work Project in Nashville, Tennessee, on Sunday evening, the statement said.

Carter turned 95 on Tuesday, becoming the first U.S. president to reach that milestone.

Carter, the 39th president, survived a cancer diagnosis in 2015 and surpassed George H.W. Bush as the longest-lived U.S. president in history this spring. He's had some trouble walking after a hip replacement in May but regularly teaches Sunday School.