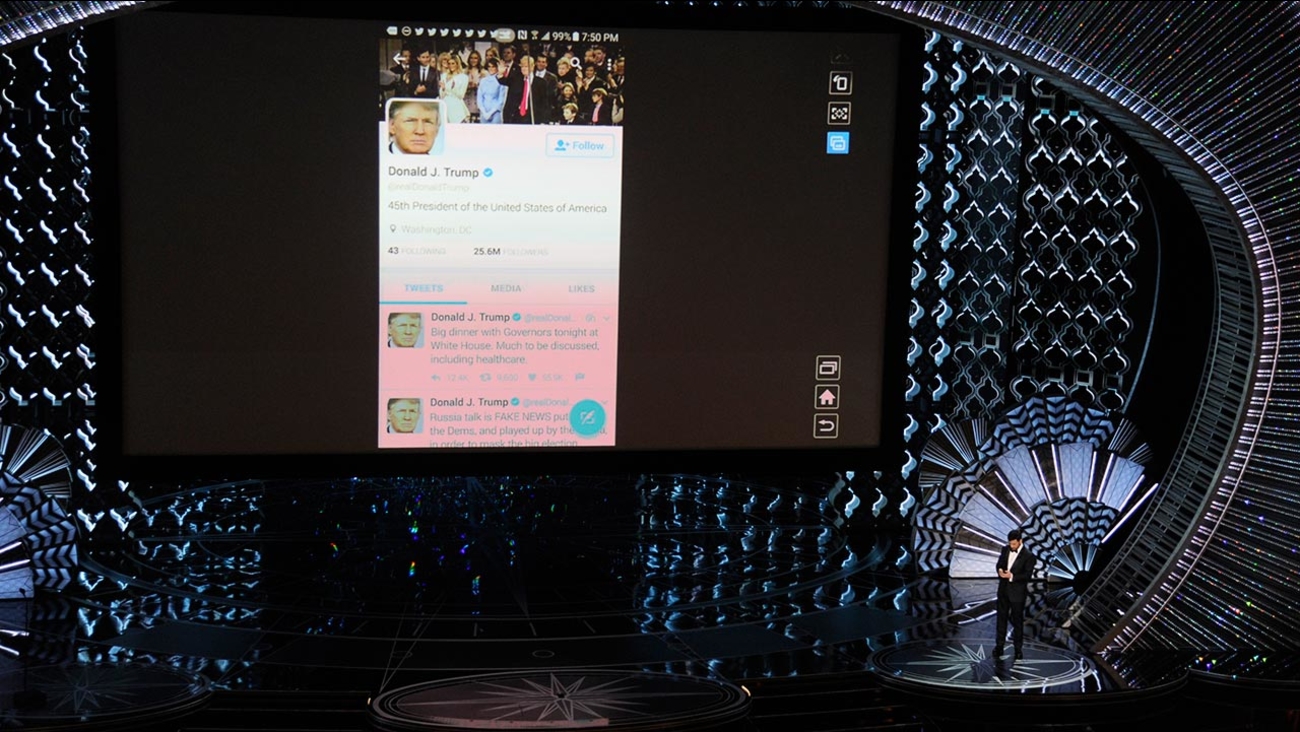 HOLLYWOOD, LOS ANGELES -- Jimmy Kimmel took some time out his busy night while hosting the 89th Oscars to tweet at President Donald Trump.

The host walked out on stage with his cellphone projected onto a large screen in front of the crowd as his thumbs quickly went to work.

"I'm sorry, we're more than two hours into the show and Donald Trump hasn't tweeted at us once and I'm starting to get worried about him," Kimmel said as the audience laughed.

Kimmel first fired off a tweet asking Trump if he was up.

Hey @realDonaldTrump u up?

He sent another tweet immediately after telling Trump that Meryl Streep said hello.

The president, who has been known to tweet about Hollywood stars to his more than 25 million Twitter followers, was not watching the Oscars for "a Meryl Streep kind of moment," White House Press Secretary Sean Spicer said last week.

Trump tweeted in January that, "Meryl Streep, one of the most over-rated actresses in Hollywood, doesn't know me but attacked last night at the Golden Globes."

@realDonaldTrump is busy meeting w/governors of the nation. You know, people that actually get things done, not just pretend to in costume. https://t.co/rAoFD1gwHv