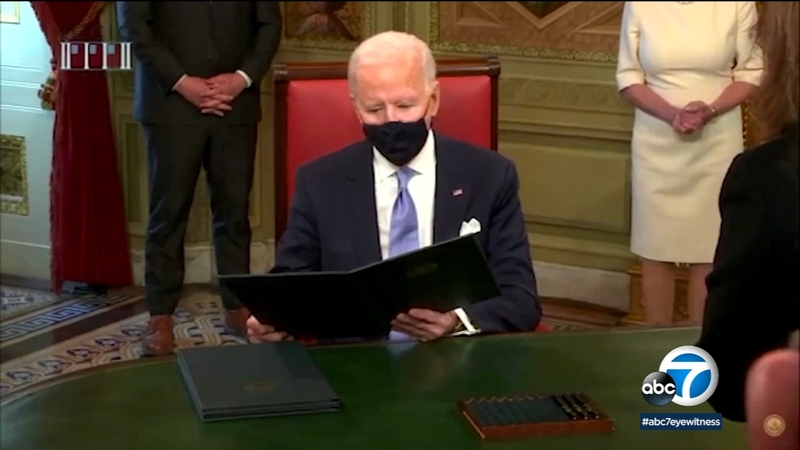 With a stroke of his pen, he signed a flurry of executive orders, including rolling back the so-called "Muslim Ban" enacted by the previous administration.

"It's a relief. It is very appropriate because one of the very first things that former President Trump did when he took office was actually signing that awful, unfair executive order," said Hussam Ayloush, executive director of the Greater Los Angeles Area office of the Council on American-Islamic Relations.

Ayloush hopes the end of the travel restrictions from Muslim-majority countries will reunite families separated by Trump's 2017 executive order.

"There are many people who have been denied visas, denied the ability to proceed with their petitions to come to the U.S. We hope there will be an expedited process for these cases," Ayloush said.

The Biden administration also wasted no time tackling immigration. The Department of Homeland Security announced it would pause the deportations of some undocumented immigrants in the U.S. for 100 days while it reviews current policies.

In addition, the White House unveiled legislation providing a pathway for citizenship.

In a reversal of more of Trump's policies, the U.S. will rejoin the Paris climate accord and the World Health Organization. House Minority Leader Kevin McCarthy slammed the decision as appeasing the organization he blames for spreading the virus.

Biden will also rescind Trump's executive order on the Census, calling on every resident in the U.S. to be counted despite their legal status.