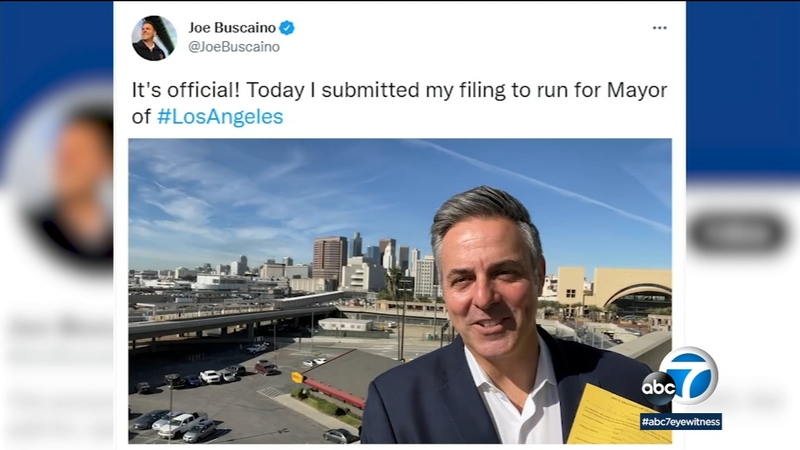 LOS ANGELES (KABC) -- City Councilman Joe Buscaino has joined the race to be the next mayor of Los Angeles.

In a campaign video released Tuesday, the former Los Angeles Police Department officer said he's campaigning on a plan to clean up the city and put an end to homeless encampments.

Meanwhile, Jessica Lall, the president of the Central City Association, ended her campaign for mayor on Tuesday.

Mayor Eric Garcetti is termed-out from running again in 2022, and is expected to leave office early pending the U.S. Senate's confirmation of him as ambassador to India. The most prominent candidates to replace him include Rep. Karen Bass, D-Los Angeles, City Councilmen Buscaino and Kevin de León, and City Attorney Mike Feuer.

The filing deadline for candidates to run is Saturday.

The primary for the 2022 Los Angeles mayoral election will take place on June 7, with the top two finishers squaring off in the election on Nov. 8.