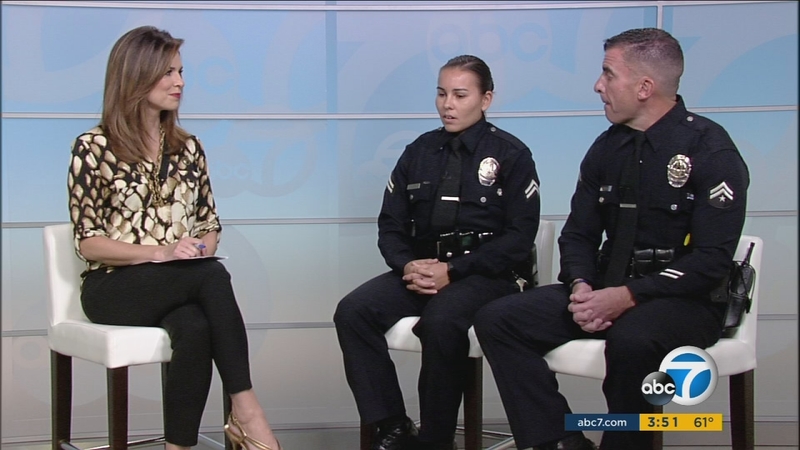 LOS ANGELES -- Two Los Angeles police officers completed their L.A.-to-Sacramento run, and it was all to raise money for families of fellow officers killed in the line of duty.

Officers Joe Cirrito and Kristina Tudor started their journey at the police academy in L.A. over Thanksgiving weekend. They ran about 400 miles in their uniforms - tackling about 40-55 miles a day.

Cirrito and Tudor said the courage and perseverance of their fellow officers inspired them to take on the challenge and help raise funds for families.

"I was a school teacher first," said Cirrito. "I lost a colleague, who left teaching into law enforcement, in 9/11. So, I kind of decided to pursue something I've always wanted to do...so Dominick Pezzulo, who was a port authority officer in New York, has been, really, just my driven force -- not only for this run but going out there and working every day."

For Tudor, the run was for every fallen officer.

During the 12-day run, Cirrito and Tudor helped raise money for the Los Angeles Police Memorial Foundation and Concerns of Police Survivors, AKA C.O.P.S.