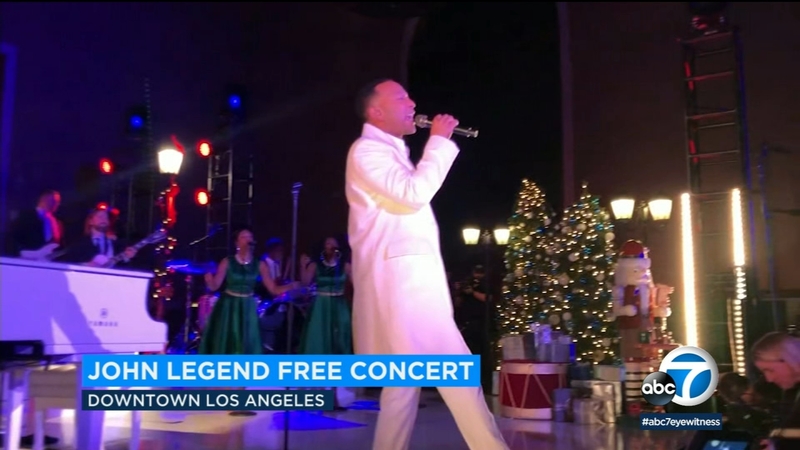 Recently name sexiest Sexiest Man Alive by "People" magazine, Legend surprised his followers with a free concert, many of them stumbling upon the show by chance.

"I saw it on Facebook and was like 'Oh my God, we have to go.' So at two o'clock we just jumped up and came right here," said Christina Palomino of the San Fernando Valley.

The pop up show featuring the Christmas crooner was part of SiriusXM's Dial-up-the-Moment holiday campaign.

Legend sang songs from his Christmas album and filmed a music video inside the iconic train station.