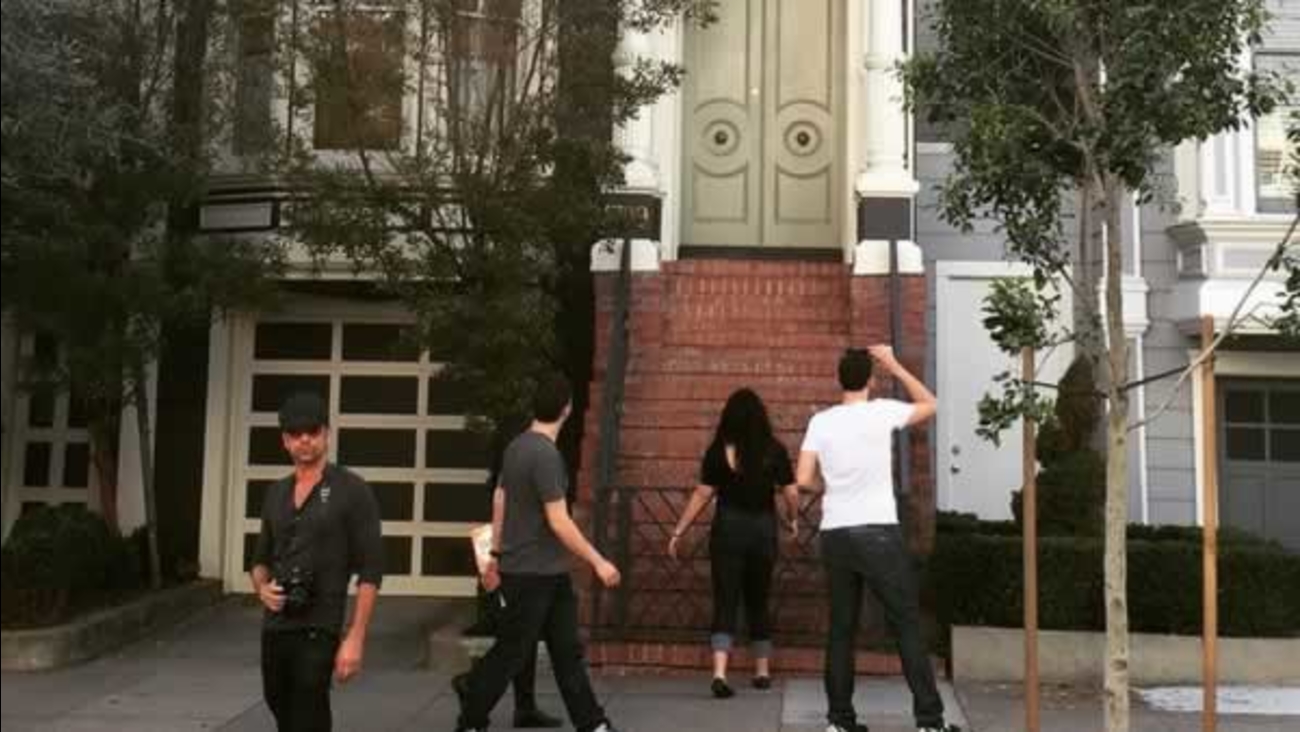 Actor John Stamos' Instagram picture shows him in front of the "Full House" home in San Francisco that was featured in his hit 1980s series.

On Friday, he was visiting the fictional home that was depicted in the open for his hit 80s TV show.

A friend snapped this photo of Stamos wearing a black outfit, sunglasses and hat in front of the house on Broderick Street. Fans were visiting, but they had no idea "Uncle Jesse" was right there.

In an Instagram post he wrote: "Boy, these youngsters have no idea what they're missing. #Fullhousehouse. #TURNAROUND.