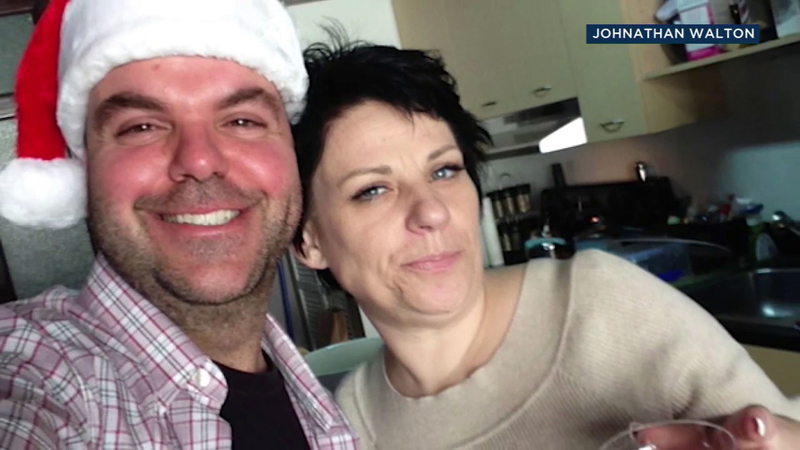 'Shark Tank' producer goes after con artist who stung him

VALLEY VILLAGE, LOS ANGELES (KABC) -- Johnathan Walton works as a reality TV producer, involved in shows like "Booze Traveler," "American Ninja Warrior" and "Shark Tank." But for Walton, the most vicious shark he's ever encountered is Mair Smyth, who he first met as a new neighbor in 2011.

"She says she's Mair Smyth, born in Ireland from Irish royalty, and there's a $25 million estate being divided. She's going to get it," Walton said.

Walton said he and Smyth became best friends over the next few years. She would spend lavishly on Walton and his husband, and they hung out all the time.

But a few years ago, Smyth was arrested for embezzling nearly $200,000 from the travel agency where she worked, and Walton realized she was not an heir to any Irish fortune.

"I found out she's not from Ireland," he said. "She was born in Maine, grew up in Tennessee. She's been scamming people left and right all across the country."

That revelation, however, came too late for Walton. He said when Smyth was in a financial pinch, he let her run up some debt on his credit cards. Some serious debt.

Walton said there's little chance he'll get that money back, but he's happy to hear Smyth is under arrest, facing a grand theft charge in connection to bilking him.

In the meantime, Walton is using his Hollywood skills to warn people about Smyth. He has set up a GoFundMe campaign to raise money for a documentary he's shooting about his encounter with Smyth.

"She like ruined my dreams," he said. "(My husband and I) were going to adopt kids and buy a house, but now I filed for bankruptcy. I just want her to go away for a long, long time and leave people alone."