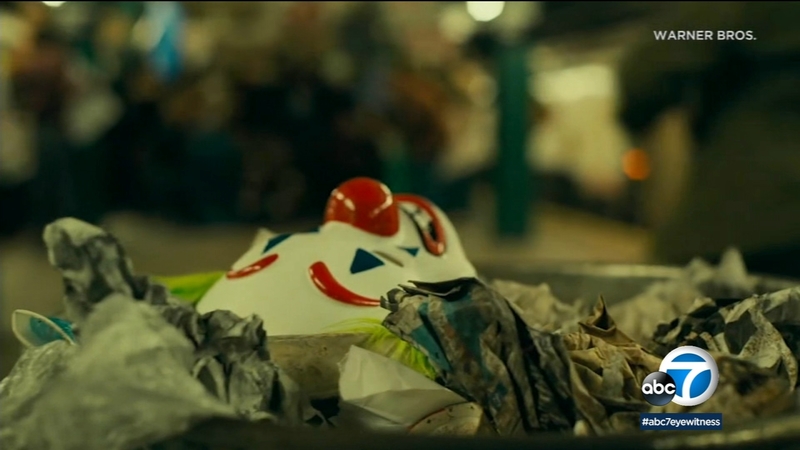 "Joker" screenings have security on high alert across LA theaters

NORTH HOLLYWOOD, LOS ANGELES (KABC) -- Security was a concern for those who flocked to see the "Joker" in theaters Friday after threats of violence.

The Los Angeles Police Department kept their promise to have high visibility at "Joker" screenings. Officers and extra security could be seen at local L.A. theaters.

The movie theater in Aurora, Colorado where a mass shooting took place during the Dark Knight Rises would not be showing the movie at all.

The Century Theater in Huntington Beach reopened with heightened security after receiving a threat Friday.

The theater cancelled its late screenings Thursday night after police said they received a credible threat in response to the opening of the movie.
One movie goer said he thought about the risks of going to see the movie.

"I feel if you came out here tonight and it didn't come up at some point, you're actively deluding yourself," moviegoer Erickson Just said.

The Joker is a twisted and dark look into a diabolical killer from the DC Comics Universe. The highly anticipated Joker origin story is rated R.