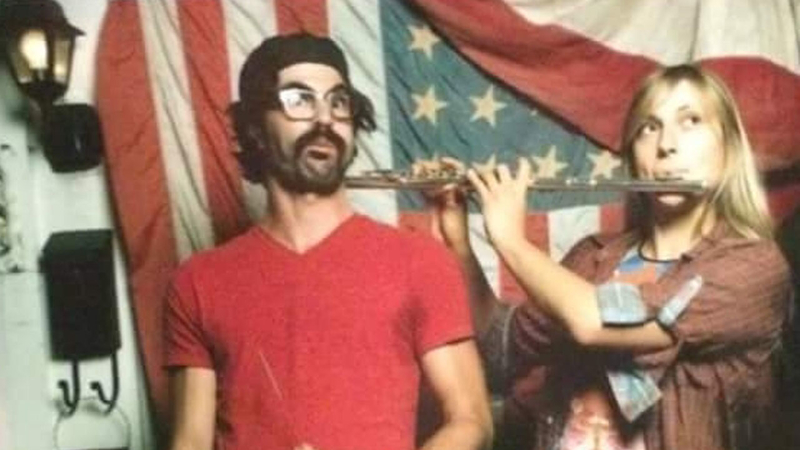 LOS ANGELES (KABC) -- Authorities are searching for a couple who were reported missing and may have gone camping in Joshua Tree National Park or the Imperial Sand Dunes on Saturday.

Police said the couple were last seen leaving their home in the 2200 block of Shoredale Avenue near Elysian Park around 3 p.m. They are frequent campers and were believed to be headed to both locations, according to friends.

Mariya Mitkova, 27, is described as having blond hair and blue eyes. She stands 5 feet 7 inches tall, weighs about 130 pounds and was last seen wearing a white T-shirt with print on it and shorts.

Aaron Morganstein, 33, is described as having black hair and brown eyes. He stands 6 feet 3 inches tall, weighs about 180 pounds and was last seen wearing blue jeans, a collared brown shirt, a gray hoodie and a brown hat.

Friends said the couple were well-known at the Brewery Arts Complex in Lincoln Heights. Many helped to launch a private search effort to find the couple.

According to the page, Morganstein and Mitkova were supposed to head to Imperial Sand Dunes first then Joshua Tree for the weekend before returning home for work on Monday, but they never showed up.

The challenge friends face is that they do not know exactly where to look. The couple was last heard from around 6 p.m. Saturday when they were at an In-N-Out, which was also the last ping on their cellphones.

"I just fear that something happened to them on their way to the park. That maybe they broke a leg, or maybe they both fell off a ledge. Those are the kind of things that go through my head," friend Briana Gonzales said.

She set up a GoFundMe account for help getting the proper tools to conduct a search at the campsites. It can be found at www.gofundme.com/2zdy25w.

The families of Mitkova and Morganstein are offering a $25,000 reward for information leading to the couple.