Free agent guard JR Smith has signed a contract with the Los Angeles Lakers for the rest of the season, ESPN reports.
ESPN 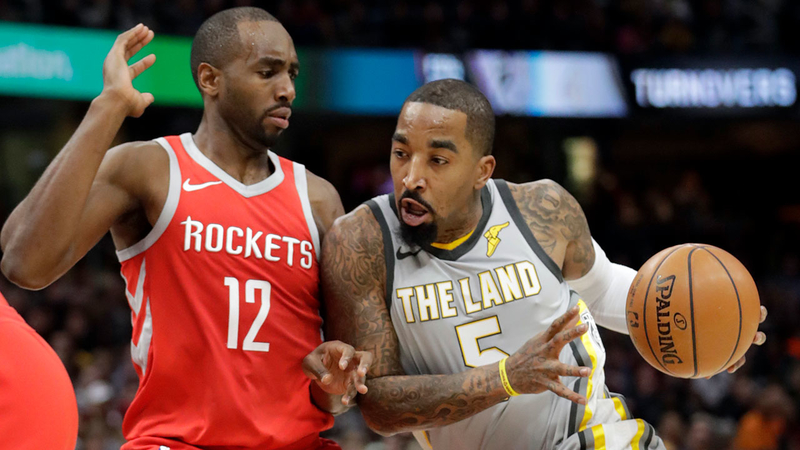 JR Smith signs with Lakers for rest of season

Free agent guard JR Smith has signed a contract with the Los Angeles Lakers for the rest of the season, ESPN reports.

Smith and the Lakers have been discussing a deal since starting guard Avery Bradley opted out of the season restart on June 23.

Smith, 34, hasn't played an NBA game since November 2018 with the Cleveland Cavaliers.

Smith worked out for the Lakers in February before the team signed guard Dion Waiters. Guard Alex Caruso and Kentavious Caldwell-Pope will largely carry the burden after Bradley's departure, with Waiters expected to provide further depth in the backcourt. Rajon Rondo is another veteran guard on the Lakers' bench.

Smith has played 15 NBA seasons since New Orleans drafted him in 2004 out of St. Benedict's Prep in New Jersey. He also has made stops in Denver and New York. He won an NBA title with LeBron James and the Cavaliers in 2016 and won the NBA's Sixth Man Award in 2013 with the Knicks.

During Game 1 of the 2018 NBA Finals, Smith recovered a rebound and instead of firing up a shot that could have given the Cavaliers a road win, he retreated to the perimeter as if Cleveland held the lead and attempting to draw a foul. The infamous play, with less than five seconds remaining in regulation in the Cavaliers' eventual 124-114 overtime loss to the Golden State Warriors, elicited an instant reacting from James, who was nearby and attempted to point Smith in the right direction.