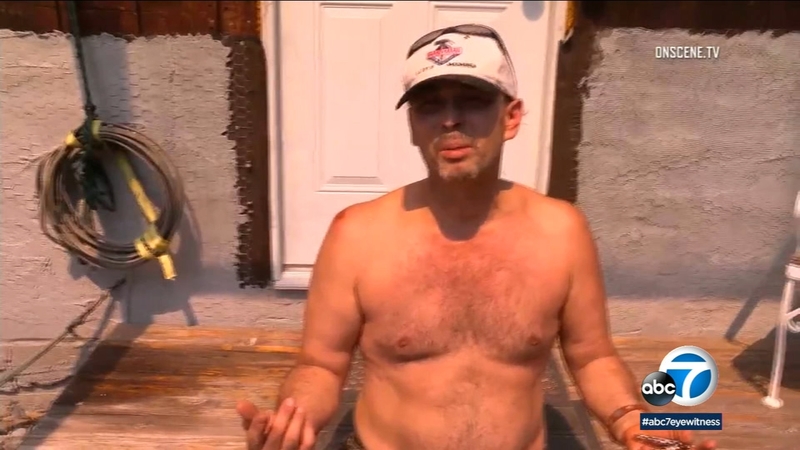 SANTA ANA, Calif. (KABC) -- A judge listened to testimony Wednesday to see if there is enough evidence for a man suspected of igniting the Holy Fire to stand trial.

Forrest Gordon Clark, 51, is suspected of starting a brush fire in August that charred more than 26,000 acres and destroyed structures in Holy Jim Canyon. On Dec. 12, Clark pleaded not guilty to multiple arson charges.

At the beginning of Wednesday's hearing, Orange County fire investigator Donald Ford admitted that where he thought the fire had initially started had changed.

Ford said he encountered Clark the day after the fire started and that Clark talked about a lucid dream he'd had where his neighbor, a volunteer fire department chief, had started a fire by pouring a small container of gasoline through a broken window.

Clark's neighbor lived in Cabin 15, which is where the fire investigator said the fire originally started. But on Wednesday, he said the fire may have started either inside or around the cabin.

Clark's cabin was the only one that wasn't destroyed in the Holy Fire.

Ford told the judge he believes the fire was intentionally set, but isn't sure how it started.

Another investigator with the U.S. Department of Forestry, Albert Banh, said he also had an interaction with Clark. He said Clark could not clearly answer if he started the fire or not.

Clark remains in custody in lieu of $1 million bail.