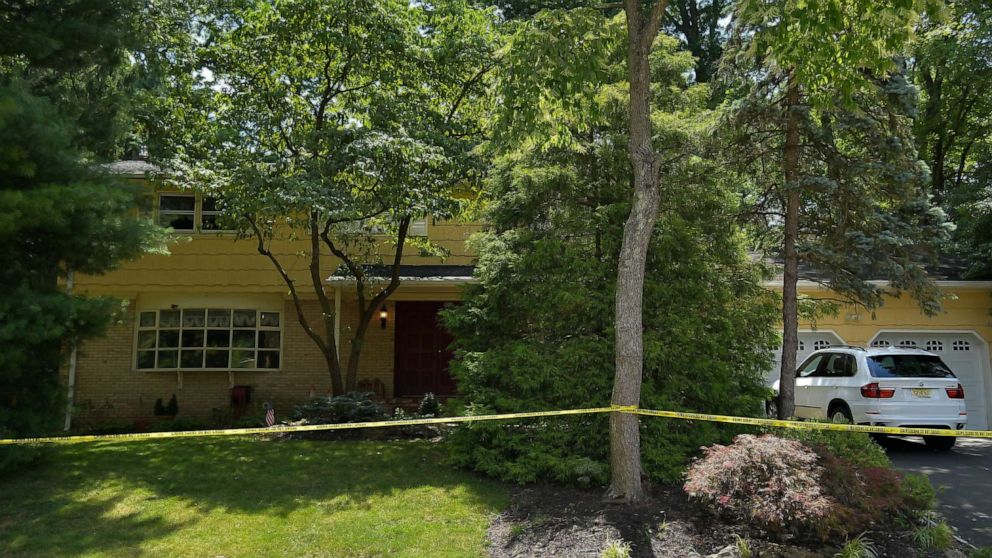 Roy Den Hollander, whom the FBI has called the "primary subject" in the shooting at Judge Esther Salas' New Jersey home, was also the leading suspect in the murder of a like-minded attorney in California earlier this month, multiple law enforcement sources told ABC News.

Hollander, an attorney who took on cases against feminist causes, was found dead by police Monday from an apparent suicide, according to investigators.

Hollander allegedly posed as a FedEx employee when he approached Salas' home Sunday evening and shot Salas' husband, Mark Anderl, and her son, Daniel Anderl, 20, before escaping in a car, according to sources. Daniel Anderl was killed and Mark Anderl is recovering at Robert Wood Johnson Hospital in New Brunswick, New Jersey.

In the meantime, investigators in New York and New Jersey are taking precautions to protect people who may have been Hollander's alleged targets.

During conference call with reporters, New York Gov. Andrew Cuomo said he ordered state police to provide protection for New York State Chief Judge Janet DiFiore, who may have been targeted by Hollander.

A municipal employee discovered Hollander's body in a car in the town of Rockland, New York, according to the New York State Police. He died of an apparent self-inflicted gunshot wound, police said.

Inside Hollander's vehicle was a photo of Judge DiFiore along with her address, according to Cuomo. Sources told ABC News that a dozen other names were found in Hollander's car.

Shortly after the shooting Sunday night, security was ramped up for all federal judges in New Jersey, a law enforcement official told ABC News. Officials feared the incident at Judge Salas' home could be the beginning of a coordinated attack.

Hollander, 72, had been diagnosed with cancer and officials are investigating whether the attacks were grudge killings committed by someone who knew they were dying, according to sources.