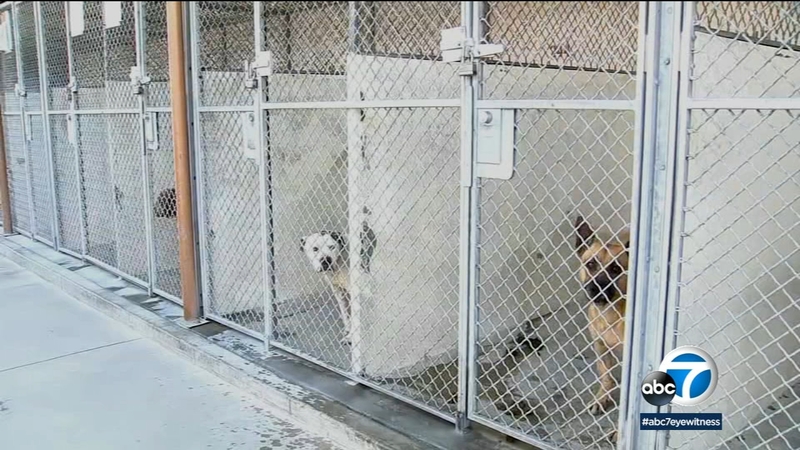 Runaway pets wind up in SoCal shelters after 4th of July

CARSON, Calif. (KABC) -- The Fourth of July may be over but its aftermath can be seen at local shelters, where many runaway pets inevitably ended up as a result of the loud bangs.

Pet owners were reunited with their dogs on Sunday after the booms subsided. Some animals may have also found themselves in the homes of strangers as they fled.

Los Angeles County Animal Care and Control officers say if you found a lost pet, you don't necessarily need to bring them to the shelter and can instead report the lost pet on an app.

"We are recommending to the public if they can keep them and use the Shadow app and post them on there and then when people come in, we'll recommend the Shadow app also," said Sgt. Monty Lopez.

"She is almost deaf. So, these were really loud fireworks this year. When I walked outside it sounded like a war zone, and I've been in one, so it was really tough," Langley said.

Luckily, Dinker is chipped which helped to quickly reunite the two.

"She's old, she's been diagnosed with cancer and we just didn't want to see her hit with a coyote or hit with a car," he added. "We've been trying to take care of her for the last six months as best we can."