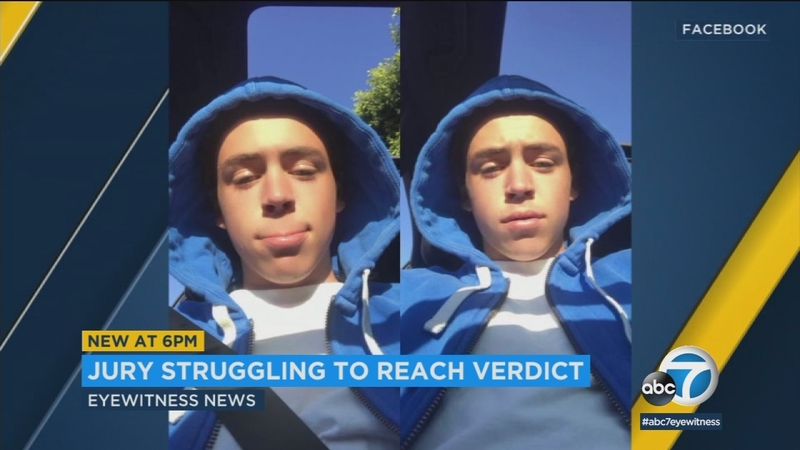 LOS ANGELES (KABC) -- Jurors deliberated for a third day over the fate of Cameron Terrell.

Prosecutors have presented a double life for Terrell. They say by day he was attending upscale Palos Verdes High. By night he would allegedly hang out with gang members.

Prosecutors say it all took a turn the early morning hours of Oct. 1. That's when 21-year-old Justin Holmes was killed and they say Terrell was the getaway driver for two juvenile gunmen.

Investigators say Holmes was not a gang member but an innocent pedestrian.

Monday during deliberations the jury asked for a master list of all the exhibits. They wanted to see photos and videos of the suspect. All of that from the defendant's phone and social media.

Terrell's cellphone included selfies with him displaying tattoos for an alleged Wilmington gang. There was also video he allegedly recorded at the scene of the crime days later with one person kicking over candles that had been set up as a memorial to Holmes.

The defense says Terrell didn't know the intentions of his passengers on that night or that they were armed. His attorney says he pursued an image but was not a gang member.