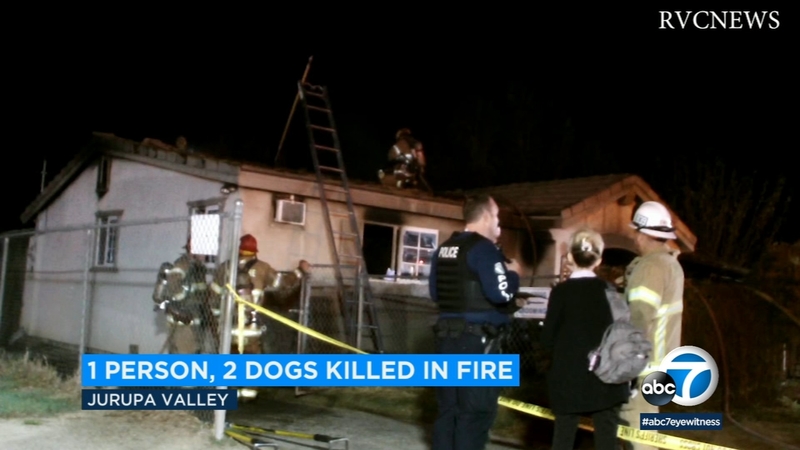 Cal Fire and Riverside County FD firefighters responded to several reports of a residential fire in the 10000 block of 54th Street at about 8:45 p.m.

The first arriving engine company reported that the single-family home was approximately 75 percent engulfed in flames.

Firefighters located the bodies of one person and two dogs inside of the residence. The victim's gender and age were not released.