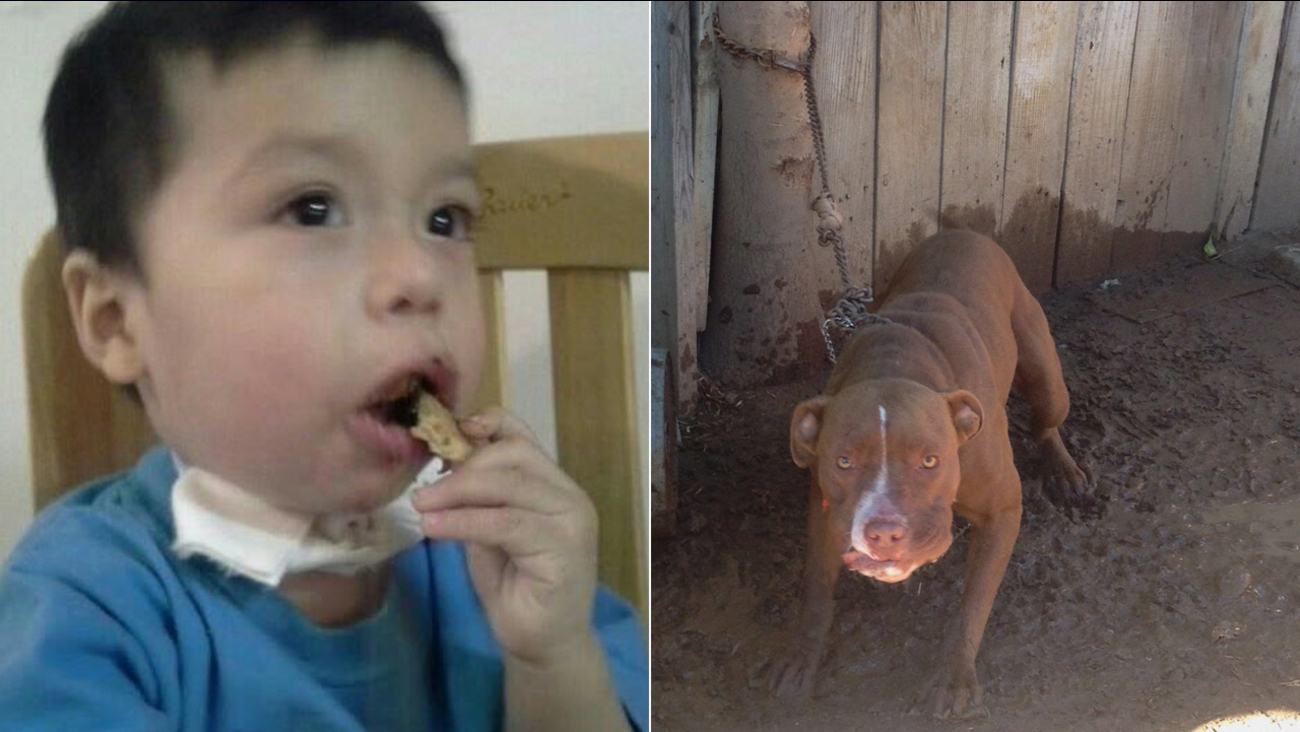 A family dog attacked a 1-year-old boy in the backyard of a Jurupa Valley home Wednesday, Nov. 5, 2014.

JURUPA VALLEY, Calif. (KABC) -- A family dog attacked a 1-year-old boy in the backyard of a Jurupa Valley home Wednesday morning, ripping off the toddler's ear.

Authorities say the incident happened at about 7 a.m. while the boy with his grandmother at a home on Pontiac Avenue in the Rubidoux area. His mother was at a supermarket, and the boy was supposed to be napping.

"Somehow the boy ended up outside in the backyard with the dog and that's when the grandmother heard the boy screaming," said Tiffany Fuller of Riverside County Animal Services.

The boy was rushed to Loma Linda University with severe injuries. He was listed in fair condition. The 2-year-old male pit bull named Poncho had bitten off the child's left ear.

"I see my grandson all bloody with no ear," said Alejandra Martinez.

Neighbors came running into the backyard carrying bats. It's unclear what caused Poncho to stop attacking the child, but eventually he did.

When officers from animal services went to retrieve the dog, the animal did not show any signs of aggression, authorities said.

The dog, who had been neutered and licensed, has been euthanized. The mother told officials that they had not dealt with any serious issues with the dog before.