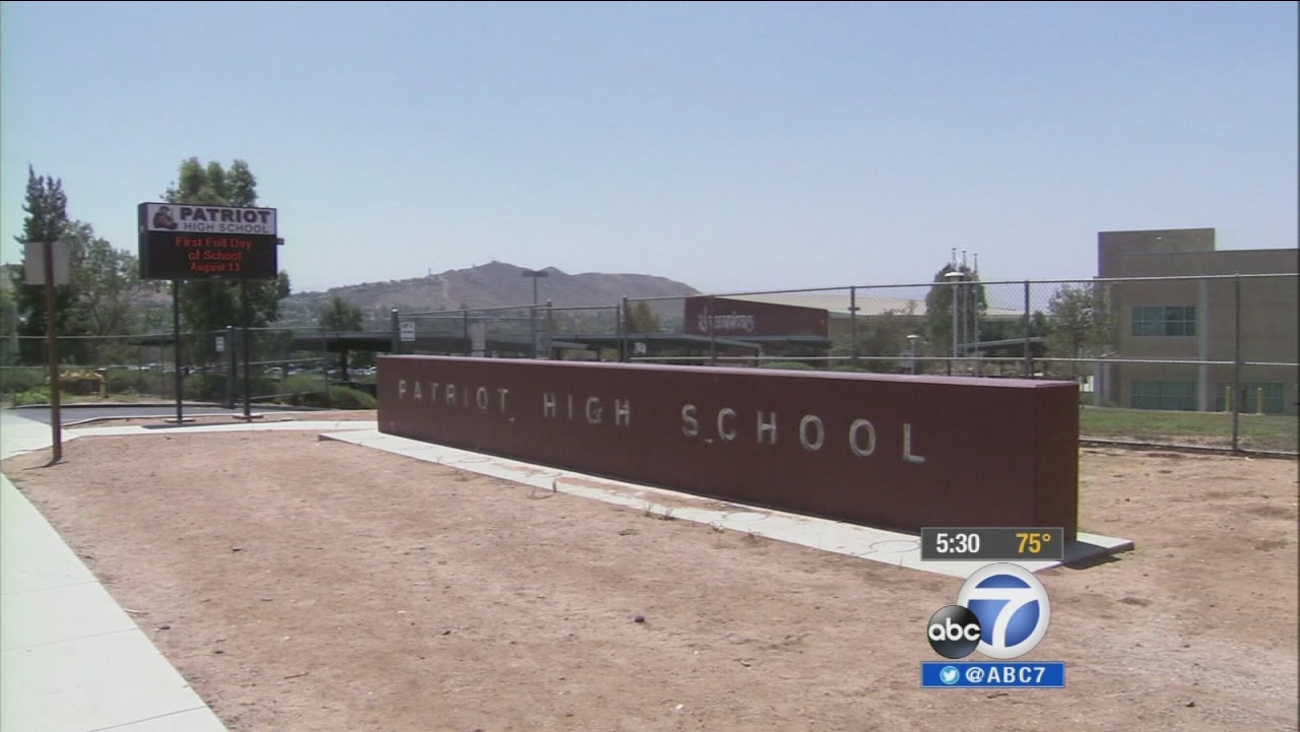 JURUPA VALLEY, Calif. (KABC) -- An angry parent in Jurupa Valley wants to know why only the special-education students were asked to dig through trash in search of recyclables.

Carmen Wells says her autistic son Maurcus was excited about his first day at Patriot High School, but she grew concerned when he came home looking agitated and upset.

"We know our Maurcus, 'what's going on with you? What happened," so he explained that he was in the trash cans," she said.

Confused, Wells says, she called his teacher for an explanation.

Maurcus' teacher told Wells the special-ed children sorted through the trash for cans and bottles as part of their recycling program. She said the program helped fund their field trips and helped purchase food for cooking in the functional skills program.

"I said, 'you had the special-ed kids going through the trash,' she said, 'yes, that's how we get our cans and we get our bottles,' I wanted to throw up," Wells said.

An angry parent in Jurupa Valley wants to know why only the special-education students were asked to dig through trash in search of recyclables.

The Jurupa Unified School District says collecting recyclables is part of the functional skills program, where students learn about recycling, financing, and eventually go on a field trip to a grocery store.

In response to the concern, the district says "the school temporarily suspended the activity in order to review the current process and consider changes."

"He wants to fit in. He wants to beat autism, so when he's told to do something he's going to do it because he wants to participate," Wells said. "How dare you subject them to feeling embarrassed and shamed and how dare you let them dig in a trash can?"