Step into a reality "Just Beyond" the one you know. All eight episodes of the anthology series are streaming on Disney+
OTRC
By Andrea Lans 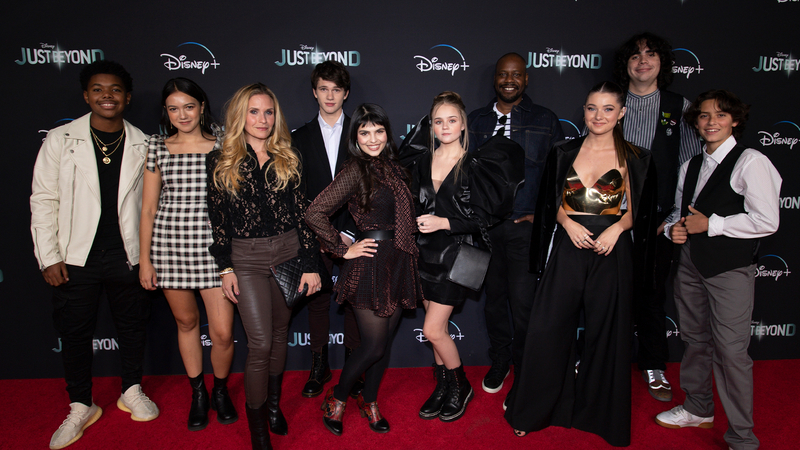 CULVER CITY, Calif. -- What's awaiting you in the reality just beyond the one you already know? Could it be witches, aliens, ghosts or parallel universes? The new Disney+ series "Just Beyond," inspired by a series of graphic novels by R.L. Stine, aims to answer that question... while serving up tons of family-friendly Halloween fun.

"Audiences can expect to have a spooky, but not extremely scary, experience watching some really mysterious, fantastical, twisty episodes," creator Seth Grahame-Smith said, adding that the show is comparable to "The Twilight Zone" and "Amazing Stories."

"It's the perfect Halloween series to watch because first of all, it's not too spooky," actress Jy Prishkulnik, who's in "Which Witch," said. "It's very magical and fun."

"There's a good mixture for everybody that wants to watch. It's good for people who like that horror, Halloween element of film and TV, but it's also good for younger audiences that want to watch it and not be too scared," said Marcelle LeBlanc, who appears in "My Monster."

RELATED | What to watch this October: On The Red Carpet previews new shows, Halloween programming

The cast got to celebrate their new series at the Disney+ Hallowstream drive-in premiere in Culver City, California. 13-year-old actor Logan Gray, who's in "Standing Up For Yourself," called it the "greatest experience [of his] entire life."

The eight-episode anthology series follows young teens on a journey of self-discovery. While spooky and supernatural, the show tackles a wide range of relevant topics including anxiety, bullying and coping with grief.

"What I love so much about all of these is that it's spooky and scary, but with a moral and a bigger story to tell about kids and the world now," said Sally Pressman, who's in "My Monster."

"There's something to be said for love and sacrifice and thinking of others, and I think there's always a good time to do that, and always conquering your fears, which makes sense during Halloween," added Malcolm Barrett, who appears in "The Treehouse."

All episodes of "Just Beyond" are now streaming on Disney+.

The cast of Disney Channel's "Under Wraps" shares how the remake puts a modern spin on the beloved classic.