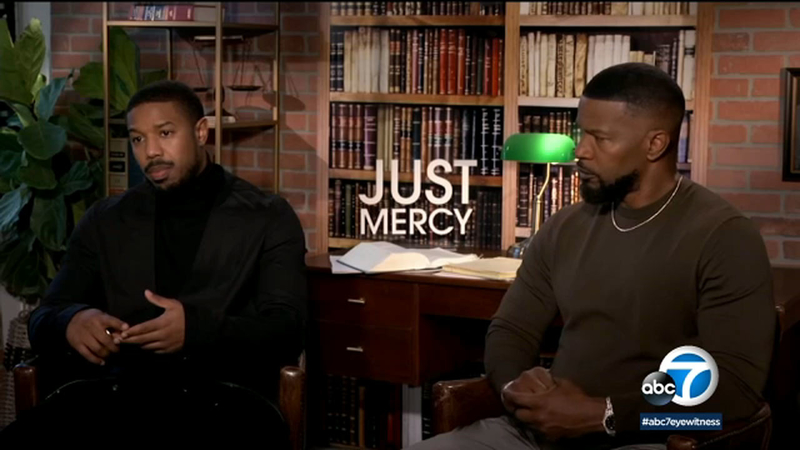 The new film, "Just Mercy," focuses on a wrongfully condemned prisoner on death row and the civil rights defense attorney who's working to set him free.

The movie is based on a true story.

In it, Michael B. Jordan plays Harvard-educated civil rights defense attorney Bryan Stevenson. It's based on Stevenson's book, "Just Mercy: A Story of Justice and Redemption." He is an executive producer of the movie.

"I wanted the story to reach more people, but I wanted to make sure we preserve the integrity and the truth-telling," Stevenson said. "And after meeting Michael and spending time with him, you know, he's an amazingly talented actor. But he's also really committed to these issues."

Besides playing Stevenson, Jordan is also an executive producer, very much committed to what the movie is all about.

"We need a proactive approach to things. We need something that's not just an emotional reaction to an individual situation and look at the entire score of it and be, like, 'How can I be involved in changing the system? How can I be involved in changing what judges are sitting where? What policies are being put in place?' That's the real fix. We're putting Band-Aids right now on open wounds."

Jamie Foxx plays an inmate the attorney is trying to save.

"Bryan Stevenson is the most incredible person I've ever met," Foxx said at the Palm Springs International Film Festival Thursday night. "This is the most important movie. A person who is helping people get exonerated off death row. It's a thankless job. Thanks to Michael B. Jordan, what he's done behind the camera and in front of the camera, has just been amazing."