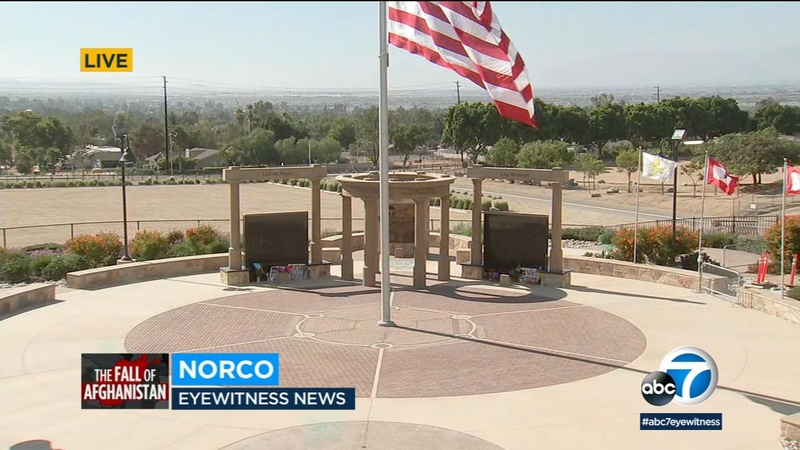 NORCO, Calif. (KABC) -- Southern California communities are paying tribute to the Marines from the area who were killed in the bombing attack on Kabul.

Three Marines who died in the attack were from the Inland Empire, all of them age 22 or younger, and a fourth lived in Orange County.

Some local residents came to the veterans memorial in Norco to pay tribute. The flag was flying half-staff there and some people were leaving flowers and flags.

Inland Empire Marines killed in the attack were: Kareem Nikoui, 20, of Norco, Hunter Lopez, 22, of La Quinta, and Dylan Merola, 20, of Rancho Cucamonga.

"Our hearts are with the parents out there and the families," said one woman visiting the Norco memorial. "We just pray for you."

The young age of the three Marines from the Inland Empire was particularly heartbreaking for one veteran who was paying tribute.

"It's real sad what happened. .... They weren't even born yet when I got out of the Marines. Even though I never met them, they're all my brothers and sisters."

Several funds have been started to help the families of the Marines.

The family of Hunter Lopez requests that any who wish to make donations to honor his memory contribute to the Riverside County Deputy Sheriff Relief Foundation.