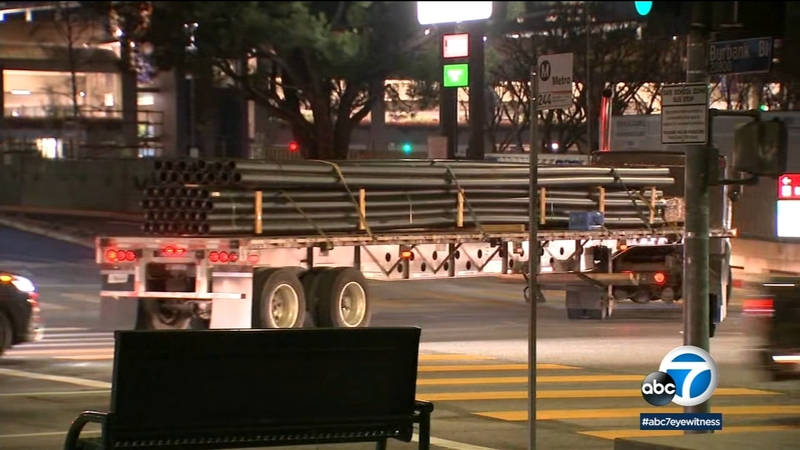 The hospital lost water service Saturday night with what was supposed to be a temporary overnight shutdown as part of planned maintenance work. But when crews went to restore the service in the morning, they discovered a more substantial leak that would need major repairs.

Temporary repairs were made Monday. But hospital officials say rigorous legal requirements for testing the water quality mean they won't be able to restore service until at least Thursday.

The temporary lines were in place by Monday afternoon, but the testing process itself takes several hours, and then getting results back from the lab takes at least another 48 hours.

"Kaiser Permanente's highest priority is to provide our members with excellent medical care and ensure the safety of our patients," said Murtaza Sanwari a senior vice president at the Woodland Hills medical center.

In the meantime, ambulances are being diverted away from Kaiser's emergency room, while surgeries and primary-care appointments are being canceled. Patients already in the hospital have not been evacuated as the facility puts in temporary measures, including bottled water, gel-based handwashing stations and port-a-potties.

Surgeries and appointments are being canceled at Kaiser Permanente Medical Center in Woodland Hills after a main break has left the hospital without water service.

Some patients told Eyewitness News the measures have been inadequate, saying there are not enough washing stations and that the water has remained off for far longer than hospital officials initially predicted after the break occurred.

Genna Weinstein's aunt is a patient at Kaiser. She said she was disturbed when she returned to the hospital Sunday and saw a biohazard bag over the toilet in her aunt's room.