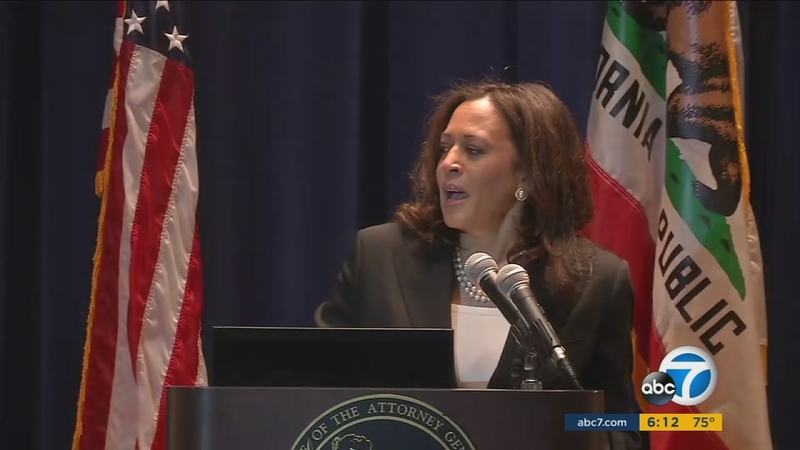 DOWNTOWN LOS ANGELES (KABC) -- A new law in California seeks to eliminate racial profiling and incidents like the ones that motivated the deadly police ambush in Dallas. On Friday, the top cop in the state swore in the members of a board entrusted with that task.

To help put an end to racial profiling in law enforcement, California Attorney General Kamala Harris swore in 18 members to the new racial and identity profiling advisory board in downtown Los Angeles.

"I know through the experiences of my family members, my colleagues and my friend that there is not a black man I know who has not been the subject of profiling of unreasonable or unfair stop," she said.

"I think this board is very needed for the simple fact that the communication and the relationship between the community and law enforcement over the past decade is not as strong as it needs to be," said Timothy Walker, a board member.

The racial and identity profiling act was signed into law last year, which created the advisory board.

The members will help collect data from police on how they conduct traffic and pedestrian stops, then analyze the information and make recommendations.

An emotional Harris also spoke about the recent shootings.

"As a prosecutor, my heart is breaking as the top law enforcement officer of the state and as a black woman," she said.