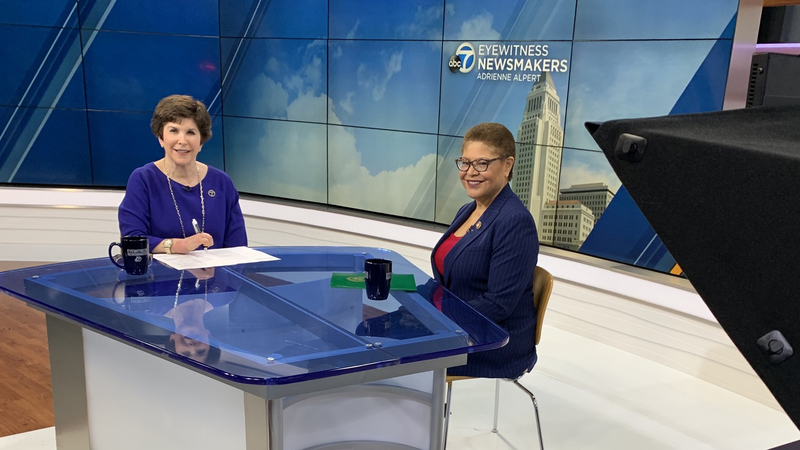 LOS ANGELES (KABC) -- Rep. Karen Bass, D-Calif. said there is no reason for the partial federal shutdown affecting 800,000 workers: "For those of you out there suffering, I apologize to you. I am hoping when I get back to D.C. next week, I hope that this will end."

The proposal was widely denounced as dead on arrival in Washington. On the program, Bass said if the president declares an emergency to secure the $5.7 billion for the border fence, it will end up in court.

Bass, who is in her ninth year in Congress, was just sworn in as chair of the Congressional Black Caucus and appeared on the program airing the day before the Martin Luther King, Jr. federal holiday.

Bass said the Caucus is the Conscience of the Congress, and with its growth to 55 members, it is a powerful group. The CBC called on Republicans to remove Iowa Congressman Steve King from committee assignments for his recent public remarks widely regarded as racist. He defended white supremacy, asking why certain terms had become offensive. King was removed from committees but continues to serve in office.

Bass recently visited McAllen, Texas, where the Border Patrol facility is ground zero for the undocumented immigrant family separation facilities. Recent reports say thousands more children may have been separated than reported under the zero-tolerance policy.