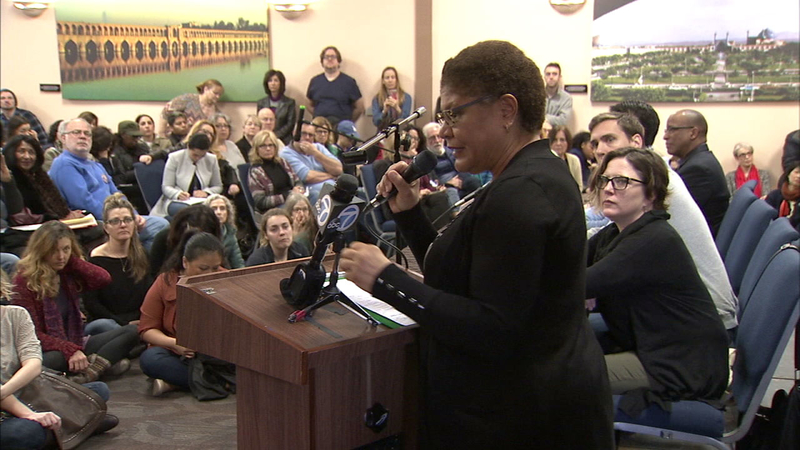 PALMS, LOS ANGELES (KABC) -- Congresswoman Karen Bass led a town hall meeting in the Palms neighborhood of Los Angeles on Sunday in opposition of President Donald Trump's agenda, and hundreds joined in on the conversation.

The Affordable Care Act, immigration and community involvement were all just some of the topics Bass talked about to over 800 constituents at the meeting in the IMAN Cultural Center.

"What is bringing people out is the fear and panic that is spread by a new administration that seems to be so hostile to such a large segment of the American people," Bass shared.

The District 37 representative said not only are people concerned, they also want to get involved, which is why she invited the advocacy group Indivisible CA-37.

"Our main goal is to advocate progressive values to try to defend against the Trump administration," explained Jerome Leroy, of the group.

Maya Zapata said coming out and listening to the representative helped alleviate some of her concerns.

"I think we should all be extremely concerned," she said. "It's pretty scary stuff that we're hearing and it's really unprecedented."

Rubina Hassan said she doesn't agree with all of Trump's policies but feels that securing the southern border is the right thing to do.