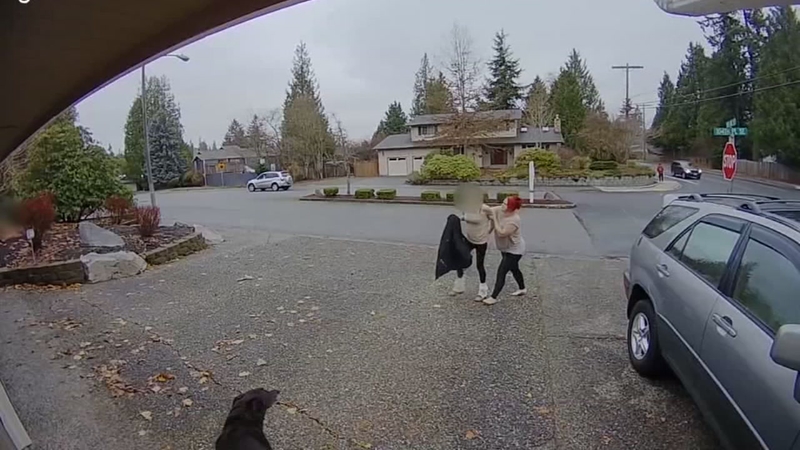 Surveillance video shows a woman as she walks up to a front door, grabs a box and runs to the getaway car that's slowly driving with the door open.

The thief almost made it, but the video shows the nanny right on her heels.

Just as the woman tries to get in the car, the driver bolts, causing her to fall.

Kate Anderson, who was babysitting a one year old, tackled the woman and held her until police arrived.

"I continued to run and like 'Hey, you not a nice person! I see you, and you're stealing from me,'" said Anderson.