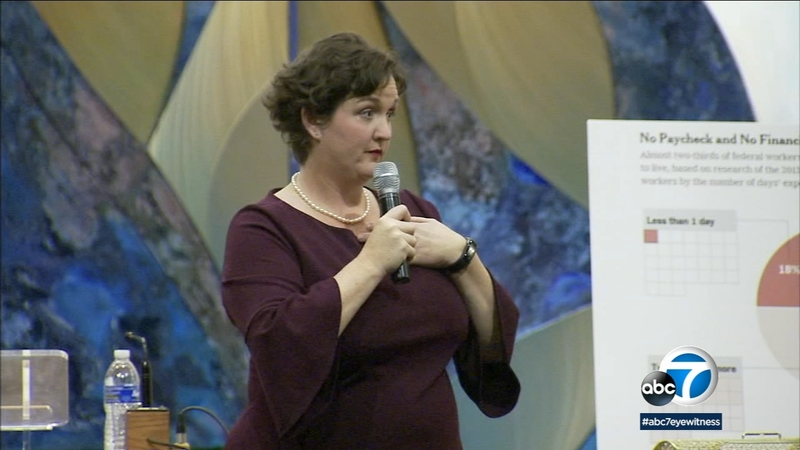 The meeting was held in Irvine and it was the first for the UC Irvine law professor who unseated Republican incumbent Mimi Walters for the 45th District.

"Our ask to the president is please quit hurting America," she said. "Please open up government and then we will have an open debate."

On Thursday, the Senate will vote on two different bills to reopen the government.

Majority leader Mitch McConnell continues to push for President Donald Trump's latest proposal - trading some protections for certain immigrants, including DREAMers, in exchange for full funding of the border wall.

"All that needs to happen is for our Democratic friends to agree that it's time to put the country ahead of politics, take yes for an answer," he said.

A Democratic bill would fund the government through Feb. 8 - without a wall. So how did Porter respond when asked how she would vote?

"I'm voting for things that will open the government to have a debate about the wall. I'm not voting for the wall without the debate," she said.

Both bills are expected to fall short of the 60 votes needed to pass.

After her meeting, Porter hopped on a red eye flight back to Washington, D.C., to be there for the next vote. She said she remains hopeful.