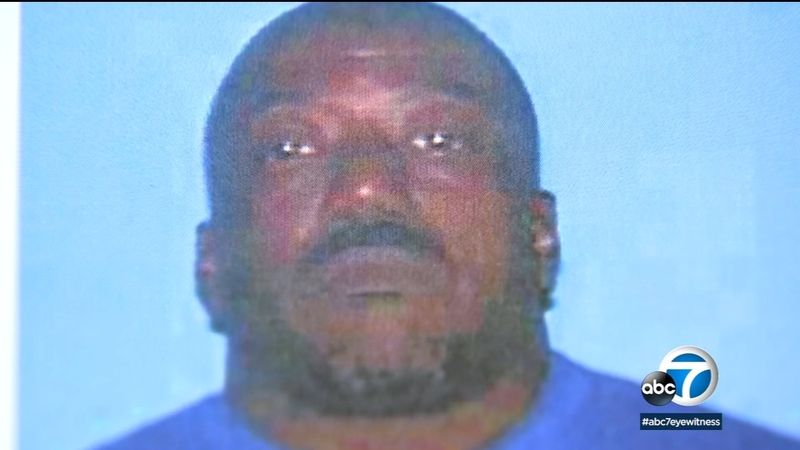 LOS ANGELES -- He is one of the NBA's great stars and soon he will be playing for his hometown crowd with the Los Angeles Clippers.

When Kawhi Leonard comes back to Los Angeles he will also be returning to a place marked with personal tragedy. Ten years ago Leonard's father was murdered and the case remains unsolved.

"It is a special meaning for me knowing he's gone and knowing I was able to win a championship on Father's Day," Leonard said in 2014 after winning a championship with the San Antonio Spurs.

Mark Leonard was the owner of a car wash here in Compton.

Witnesses say he was shot and killed after an argument with an associate.

Investigators are hoping Kawhi's NBA fame and his return to Los Angeles may jog some memories about the murder and may bring some clues to who was behind it.

"Now they are finding out this was Kawhi's father and they may not have known that back then. Although it may be risky to get involved, they may be compelled to come forward, Lt. Shaun McCarthy of the Los Angeles County Sheriff's Deparment said.

McCarthy handles cold cases for the sheriff's department. He believes somebody knows who the killer was. The 43-year-old Leonard was shot repeatedly in what authorities describe as a very personal crime.

Evidence photos show there were a lot of shots and many were fired many at close range.

Police believe the gunman is connected to the argument Leonard had and they are convinced someone knows who that argument was with.

Investigators are hoping every time Kawhi makes a great play for the Clippers it will trigger a memory of what happened. They're hoping for anything that will help them solve a cold case murder and also help heal a tragic chapter in Kawhi Leonard's life.
Report a correction or typo
TOP STORIES
Light rain moves through SoCal Tuesday with more expected this week
More than $100,000 worth of jewelry stolen in DTLA robbery, police say
13-year-old boy killed, 2 wounded in Wilmington shooting
2 people robbed at gunpoint during holiday party in Pacific Palisades
50 mutations in omicron could be its downfall, data shows
Former LADWP general manager to plead guilty to federal bribery charge
113 LAFD firefighters put on unpaid leave due to vaccination mandate
Show More
LA County reports 3rd case of omicron variant
School officials could face charges in Michigan shooting: prosecutor
Remembering the Japanese-American heroes who fought in WWII
Devin Nunes stepping down from Congress by end of 2021
Kentucky Derby winner Medina Spirit dies after workout in Arcadia
More TOP STORIES News