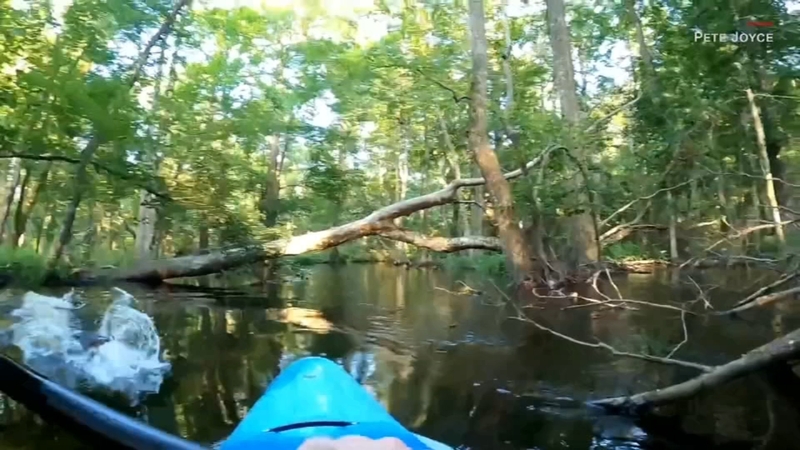 A man kayaking in North Carolina over the weekend had a scary encounter with an alligator and it was all caught on camera.

Peter Joyce put his kayak in near the dam on Lake Waccamaw on Sunday expecting a nice, quiet trip on the river.

That was, until an alligator changed his plans.

"I thought I heard of fish jump to my left," Joyce said. "Turned out not to be a fish. About 3 feet from the kayak I made out the head of the gator and that was it. I had no time to react."

"My mind was playing catch-up at that point," he added. "Basically, when I made out the head toward the front end of the kayak it was kind of just a state of shock. As soon as it hit the kayak and went under I was like, 'what just happened?'"

The video shows the force of the gator's attack.

It was hard enough to roll the kayak and topple Joyce out.

It's given him a newfound respect for the reptile's power.

"You know, usually they would make a splash or they would move and make a ruckus in the water," Joyce said. "But this was a continuous charge from about 20 feet away. So it definitely made me think a little bit differently about what their capabilities are."

And more aware of his surroundings for his next kayak trip.

There's been a video circulating on social media showing what users are saying is a bird carrying a shark through the sky over Myrtle Beach. But is that what really happened?