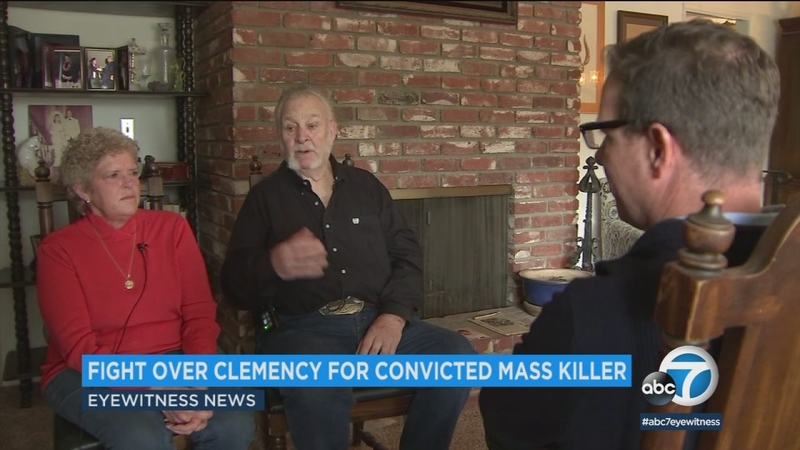 "I didn't even know what I was looking at," said Bill Hughes, shaking his head. "It was just an unreal scene."

It's been nearly 35 years since he discovered the horrific crime scene inside a Chino Hills home.

Four people were found dead, including his 11-year old son Chris Hughes, who was there the night before for a sleepover. The only survivor was an 8-year old boy who was found with his throat slashed. That boy's sister, and both his parents were the other three victims who were killed.

"Their bedroom was a total mess, I thought someone had thrown paint on the walls," said Hughes. "But it was blood."

The man who was eventually convicted was Kevin Cooper.

At trial, prosecutors said Cooper, who had previous burglary convictions and was wanted for rape and kidnapping in a case out of Pennsylvania, had just escaped from the Chino Institute for Men two days prior to the murders.

Evidence presented at trial proved that Cooper had used a home about 125 yards from the murder scene as his hideout, and evidence tied him to not only a vehicle that was stolen from the victim's home, but the murder scene itself.

"We have got DNA in the home where they were killed," said San Bernardino County District Attorney Michael Ramos. "His DNA."

Monday, Ramos filed a petition with Gov. Jerry Brown voicing his opposition to the clemency request made by Kevin Cooper.

Ramos also voiced his frustration with a recent New York Times opinion article, alleging that Cooper was framed and that evidence was planted by police. The article is also calling for more DNA testing to be done on the evidence.

"It's a red herring," said Ramos. "They just want to throw something out there like Kevin Cooper does all his life, to get (him out of) the sentence he justly deserves."

Ramos points out the fact that post-trial DNA testing was already conducted in 2001, that not only confirmed a small spatter of Cooper's blood was found at the crime scene, but a bloody shirt found along a nearby road had DNA of both Cooper, and one of the victims.

Ramos also says new DNA testing done on the murder weapon, a hatchet, would be inconclusive, since so many people have already touched it.

"Numerous people touched that hatchet in the neighbor's home; and numerous people - including jurors in the court - touched all this evidence," explained Ramos. "So a lot of the DNA you would get would be unknown."

Nevertheless, there are those calling for new DNA testing. U.S. Sen. Kamala Harris issued a tweet that read, "As a firm believer in DNA testing, I hope the governor and the state will allow for such testing in the case of Kevin Cooper."

A statement from Brown's office read, "We received a clemency petition from Mr. Cooper and it remains under review. A request for clemency is a serious matter and applications are thoroughly and diligently reviewed. That review will ultimately dictate next steps."

For the Hughes family, it's only more salt in the wound.

"Every time it comes up it gets you, because you relive it," said Bill Hughes. "And there should be a point where you don't have to do that."

Bill's wife Mary Ann says she has no doubt the actual killer is the one behind bars. And the one she believes should get the death penalty.