Hulu's newest documentary takes a trip down memory lane with some of Hollywood's biggest stars.
OTRC
By George Pennacchio 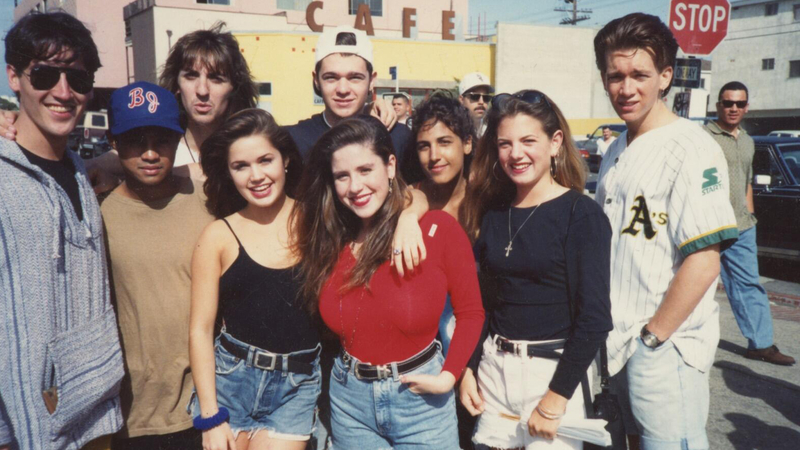 As a teenager in the '90s, "Punky Brewster" star Soleil Moon Frye carried a video camera everywhere she went and documented her experiences with friends and fellow child stars. Now, she's opening the time capsule in Hulu's new documentary.

"I had photographs everywhere. And then I saved all the voicemails and all the videos and all the pictures," Frye said. "It was amazing. And diaries!"

Frye recorded hundreds of hours of footage of herself, her friends and her life. Then, she locked it all away from more than 20 years.

"There were some wild times," Frye said. "I went through a stage of experimenting a little but there's also a lot of innocence."

The documentary packs in joy and sadness. Frye dealt with a lot of death in her younger years and lost several of her friends to suicide.

"On a subconscious level, it's probably one of the reasons that I locked the tapes away for so long," Frye said.

"I had no idea what I would be doing in unlocking Pandora's box," Frye added. "Once you open it, there's no putting it back, nor would I want to because it has been such a transformation in my life.

Frye, who's now starring in a continuation of the "Punky Brewster" series, is happy to still have so many friends from her childhood, including actors Stephen Dorff and Brian Austin Green. She's also grateful to have fans who still love Punky.

"I've always said to you, if I'm 80 years old and people are still calling me Punky, I am totally down with it," the actress said.

Now that she's brought her past back to life on Hulu, Frye exclusively revealed to ABC7's George Pennacchio her hopes for her next endeavor.

The Walt Disney Company is the parent company of Hulu and this station.