The Dodgers also saluted the legend during a pregame ceremony at Dodger Stadium on Sunday.
KABC
By Amy Powell 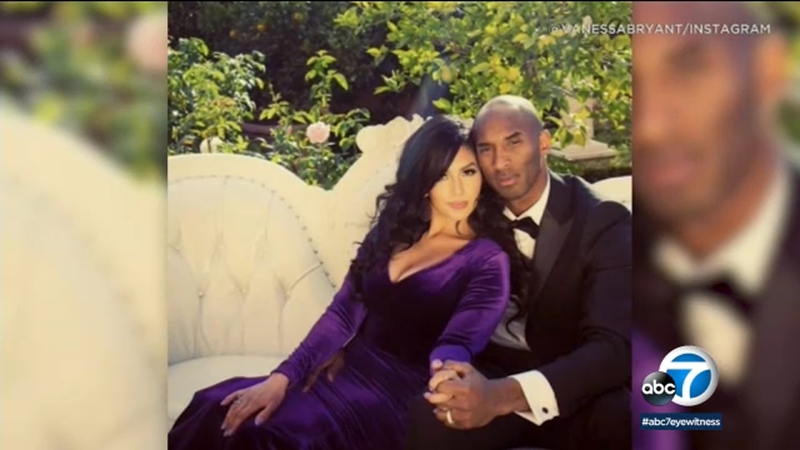 LOS ANGELES (KABC) -- He was a hero to so many people. Many paid tribute on Sunday to Kobe Bryant on what would have been his 42nd birthday, the most touching tribute coming from his wife.

Vanessa Bryant posted a photo on Instagram wishing her late husband a happy birthday and opening up about the pain of losing Kobe and their 13-year-old daughter Gianna, saying she's "been completely broken inside."

Lebron James posted a touching tribute online showing him singing to Kobe on his then-30th birthday, with Kobe holding Gianna in his arm.

Kobe and Gianna were killed in a helicopter crash on Jan. 26 that took the lives of 7 other people.

The Dodgers saluted the legend during a pregame ceremony at Dodger Stadium on Sunday, with players lining up on the field wearing Lakers jerseys with the number 8 or 24, the numbers worn by Kobe during his Hall of Fame career.

Kobe spent his entire career with the Lakers, helping them win five championships, and leaving fans with great memories.