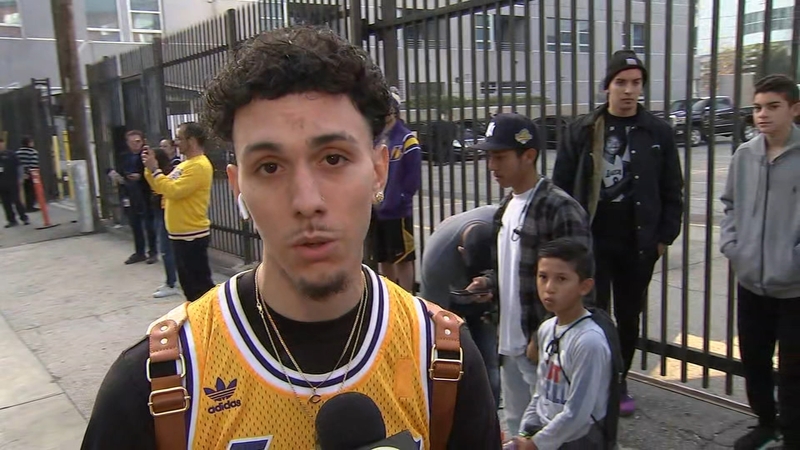 LOS ANGELES (KABC) -- Millions of basketball fans around the world were devastated by the news of Kobe Bryant's death. In Los Angeles, fans in Lakers gear flocked to sites such as Staples Center, the Lakers training facility in El Segundo and the site of the crash in Calabasas.

They also gathered at a Kobe mural painted on a street just a block from Staples. A mural of the late rapper Nipsey Hussle is also in the same location.

One fan interviewed by ABC7's Jade Hernandez seemed to encapsulate the feelings of so many when he expressed his deep appreciation for Bryant and particularly his inspirational work ethic.

Michael says he was born in 1996, the year Kobe entered the league.