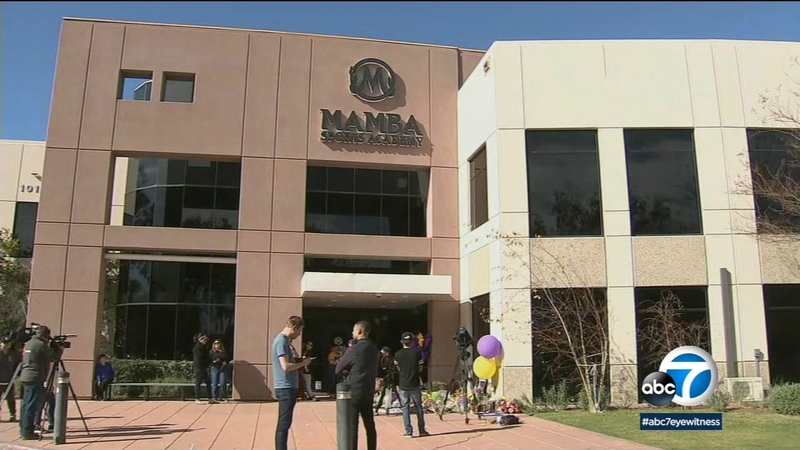 At Bryant's Mamba Sports Academy in Thousand Oaks, a collection of flowers, candles and all things Kobe has taken root near the front entrance.

Bryant, his daughter and seven other people were headed there when their helicopter went down.

Bryant was scheduled to coach in a tournament called the Mamba Cup, which featured boys' and girls' travel teams. When word of his death reached the sports academy, the games stopped and players took a knee.

Another memorial is growing right next to the basketball courts at Juan Batista de Anza Park. It's just a short distance from where Kobe's helicopter went down.

Norma Buha held back tears, talking about how her sons looked up to Bryant as a role model.

"Kobe was a big part of their growth as children," Buha said. "His work ethic is what got them through hard times and...when they would moan about having a little practice (I'd say) 'Look at Kobe, he gets there before and he's practicing, and after the games he keeps shooting. Don't give up. Don't give up.'"
Report a correction or typo
Related topics:
sportsthousand oaksventura countylos angeles countylos angeles lakerskobe bryanthelicopterhelicopter crashmemorial
Copyright © 2021 KABC-TV. All Rights Reserved.
More Videos
From CNN Newsource affiliates
TOP STORIES