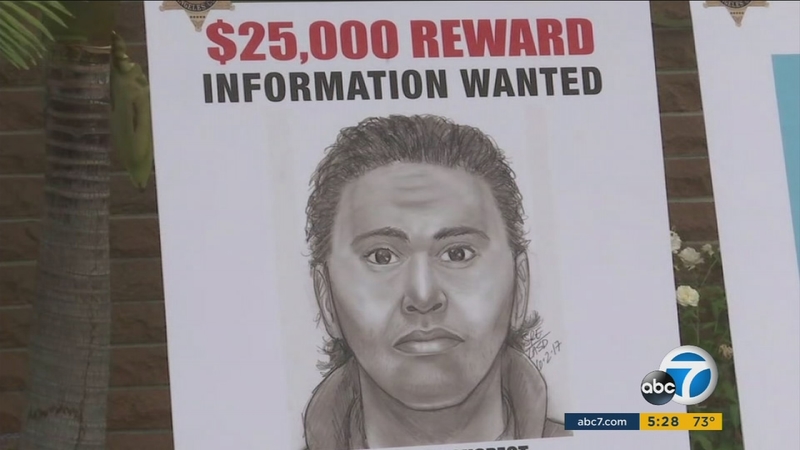 CARSON, Calif. (KABC) -- The Los Angeles County Sheriff's Department is offering a $25,000 reward to find a person suspected of robbing and killing a Korean War veteran in Carson.

Frank Hernandez, 85, was walking down the street on his way to get a lottery ticket in May. Homicide investigators said Hernandez was then robbed and suffered a blow to his head.

The veteran died eight days later, and his killer remains on the loose. The sheriff's department released an updated sketch of the suspect and announced the reward for anyone who can help solve the case.

"It was an unprovoked attack on an 85-year-old man walking down the street - defenseless," Detective Adam Kristie said.

"We need your help and we need it badly. Let's not let this guy go out and hurt somebody else, someone you love, like we loved our papa," Lucy Hernandez said.

The $25,000 reward was put up by the city of Carson, which has been supportive of the Hernandez family.