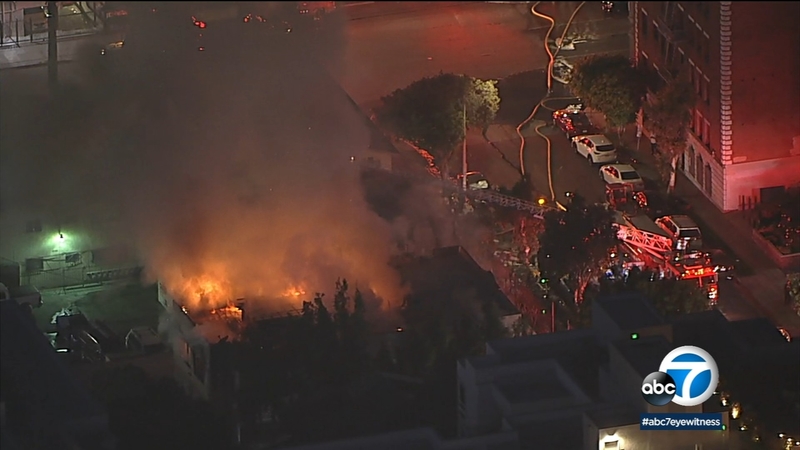 KOREATOWN, LOS ANGELES (KABC) -- Firefighters were battling a large fire that erupted inside an apartment building in Koreatown Monday morning.

The fire was reported just before 5 a.m. at the building on the 3800 block of 8th Street, according to the Los Angeles Fire Department.

AIR7 HD was over the scene where several fire units were trying to douse the flames. It's unclear what caused the fire or if anybody was injured.

Fire crews were able to stop the flames from spreading. They said the apartment building had previously burned and was vacant.